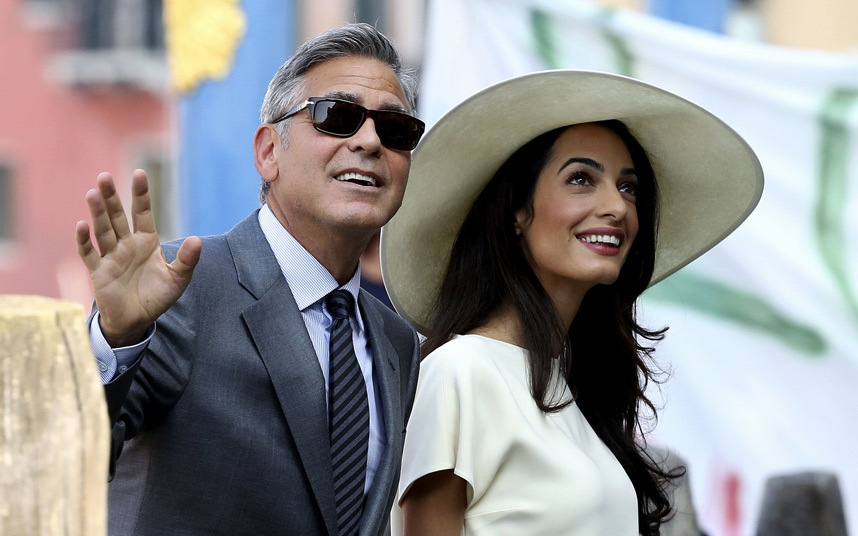 Welcome to the world, Ella and Alexander.

Well, just in case you don’t know, George Clooney and his wife, Amal Clooney have given birth to a set of twins; a girl and a boy.

George and Amal Clooney are now officially the parents of twins, Ella and Alexander.

The actor and the human rights attorney likely sparked a flurry of Googling around their babies’ names, which are both popular and classic.

Here’s a background to the names they chose for their babies.

Ella was the 17th most popular name for baby girls born in America in 2016, according to the Social Security Administration. The name has shot up in popularity in recent years, especially around 2002 and 2003, and hit its height in 2012, when it was ranked number 12. Though now that a Clooney has the name, chances are the number may spike once more.

According to the website BabyCenter, Ella is an English name which is a shortened form of Eleanor and Ellen, which can be translated to “light” or “beautiful fairy woman.” Nameberry adds that celebrities like Ben Stiller, John Travolta, and Alex Rodriguez have given their daughters the name as well.

Alexander is also a very popular name, ranked 11 among baby boys in 2016. It has always stayed around the top 200 names since the 1900s, though became more popular right around the time Ella did. In 2009, though, it was number four on the Social Security list, so it could shoot back up to the top thanks to George and Amal’s pick.

Alexander is a Greek name that means “defender of men.” It doesn’t seem like George has ever played a character named Alex or Alexander, at least according to his IMDb page, which is actually remarkable given the number of roles he has played throughout his career.

Overall, the picks are classic and nothing too crazy on the celebrity baby-name scale. Compared to Gwyneth Paltrow and Chris Martin’s kids, Apple and Moses and Beyoncé and Jay Z’s Blue Ivy they’re practically boring.