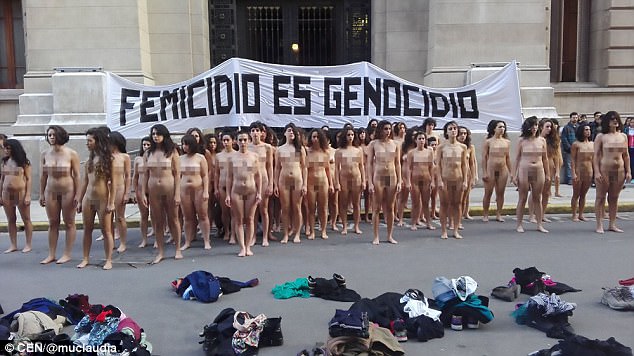 Due to this, a group of feminists stripped naked and performed a screaming protest outside the Argentinian president’s palace. 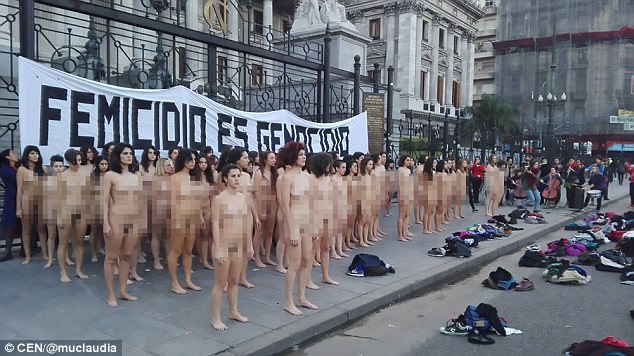 The women were speaking out in protest of violence against women in Argentina and more than 100 demonstrators gathered to march in front of the President’s residence Casa Rosada in the capital Buenos Aires.

They were members of the Artistic Force of Communicative Shock (FACC) performing a dramatisation as a prelude to the next march of the feminist collective NiUnaMenos (Not One Fewer) to be held on Saturday, June 3 in Argentina. 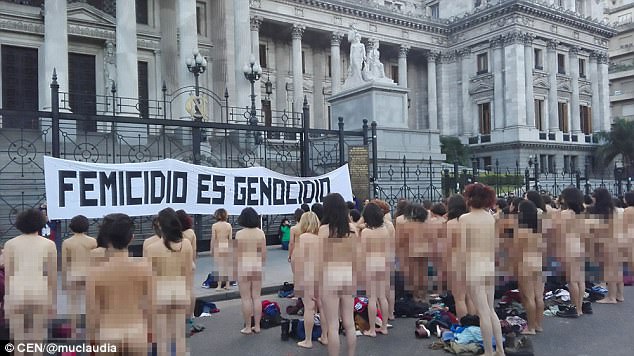 In all, 120 women undressed completely in the Plaza de Mayo and in front of the Palace of Courts. 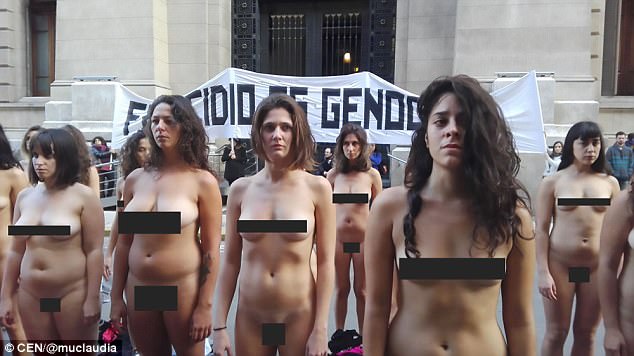 The group used the attention-grabbing tactic to demand greater protection for the victims of gender-based violence, which is on the rise in Argentina.