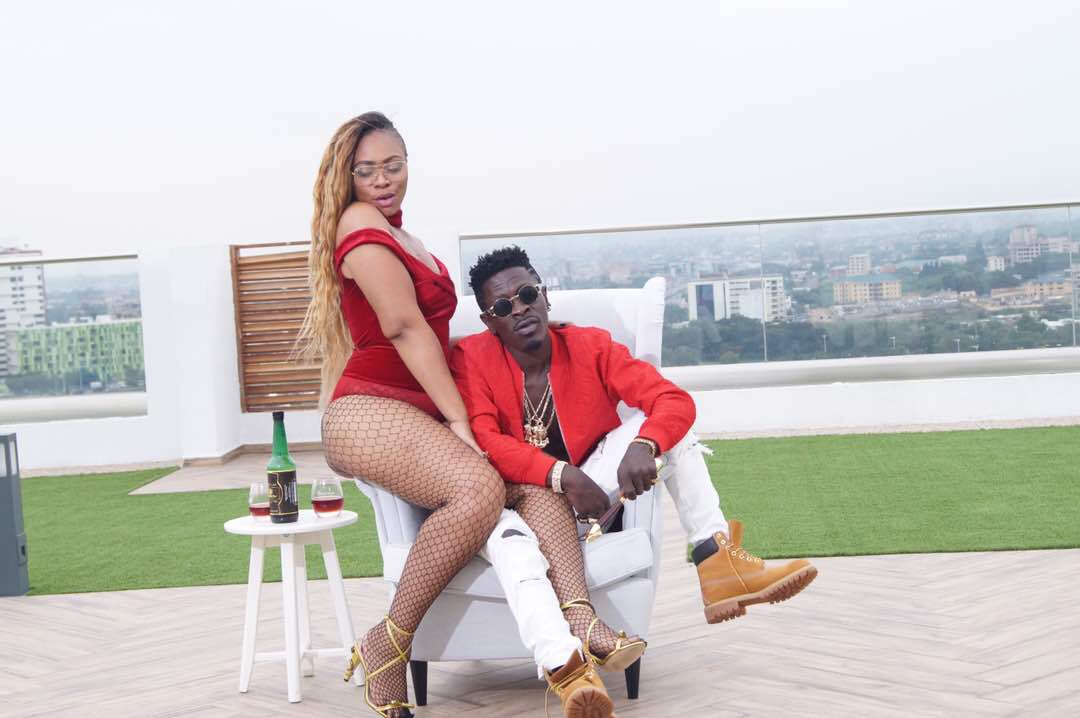 Shatta Wale’s appearance at the mega concert, Ghana meets Naija, would still have made headlines if he had not invited his wife Shatta Michy for the “Low Tempo” performance which got her groping the “Dancehall King’s” manhood in front of the very large audience.

The moment got even ‘wilder’ as the couple entertained the visibly excited fans with their ‘badass’ routine.

Without doubt, the spillage of sensual exchange between the Champion hubby Shatta Wale and Shatta Michy got all present, wanting more as Bola Ray walked up stage to ‘bath’ the dancehall act in money.

Watch the performance below: