Singer Ariana Grande has announced she will return to Manchester, England, for a benefit concert following a terror attack at her concert earlier this week.

The event, she said, will honor and raise money for the victims and their families.
“I want to thank my fellow musicians and friends for reaching out to be part of our expression of love for Manchester,” she said in a letter posted Friday to social media. “I will have details to share with you as soon as everything is confirmed.” 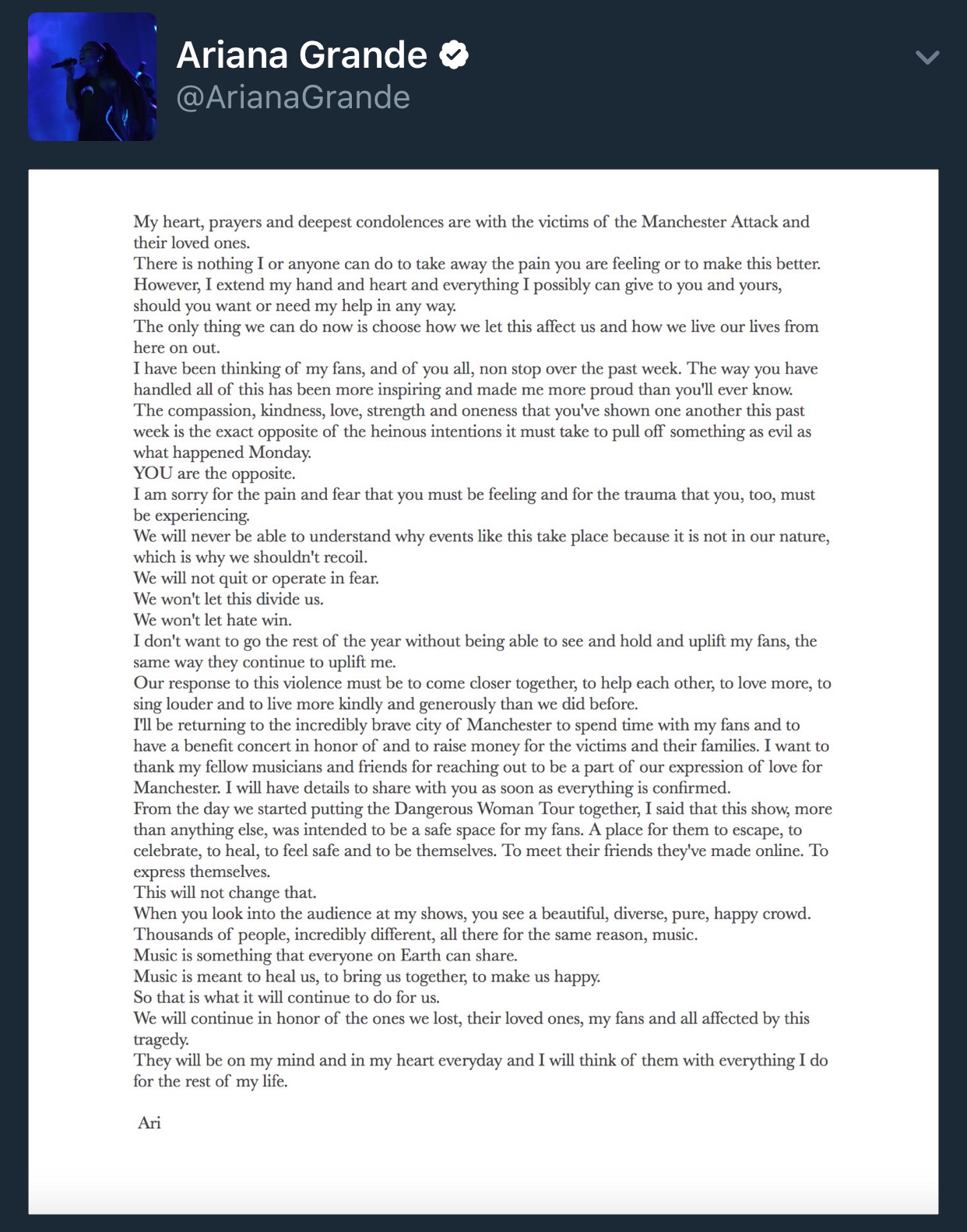 In the note, Grande praised her fans for their response to the incident, which left 22 people dead and more than 60 injured, including young children and teens.

In one online campaign, to which Grande shared a link, more than $2 million has been raised so far for victims and their families.