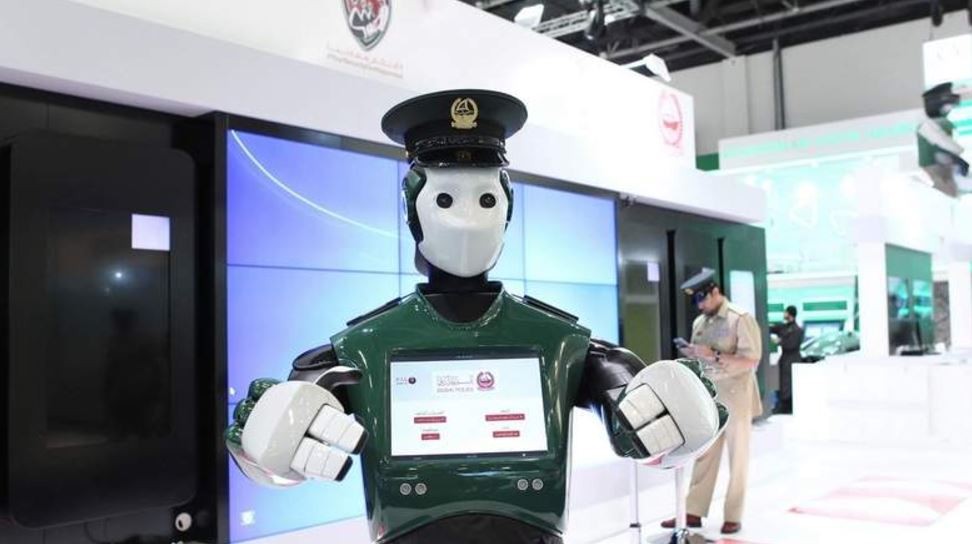 The “world’s first operational Robocop” has been unveiled in Dubai as part of the emirate’s planned robot police force.

Robocop started work on Sunday and is already making a name for itself.

At 5ft 5inches tall and weighing 100kg, it can speak six languages and is designed to read facial expressions.

It had an easy start to working life, being unveiled at the three-day long Gulf Information Security Expo and Conference.

When the Expo draws to a close tomorrow, it will be released into the wider world and tackle real life issues.

The machine has a built-in tablet so people can use it to pay fines or report crimes, and can also transmit and receive messages from police headquarters.

Brigadier-General Khalid Nasser Al Razzouqi, Director-General of Smart Services with the Dubai Police said: “The launch of the world’s first operational Robocop is a significant milestone for the Emirate and a step towards realizing Dubai’s vision to be a global leader in smart cities technology adoption.

“With an aim to assist and help people in the malls or on the streets, the Robocop is the latest smart addition to the force and has been designed to help us fight crime, keep the city safe and improve happiness levels,” he added.

“He can chat and interact, respond to public queries, shake hands and offer a military salute.”