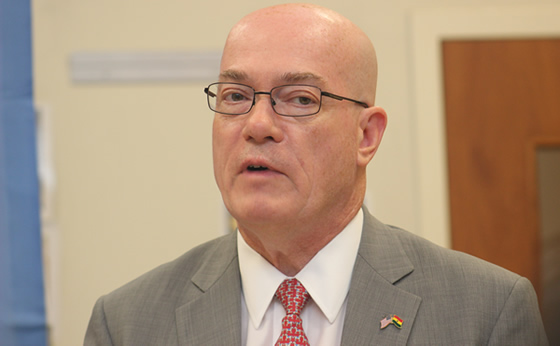 It appears calls for refund for bounced visas by Embassies operating in Ghana may not be heeded anytime soon as some Embassies have already squashed the possibility of refunds.

The Consumer Protection Agency (CPA) has renewed pressure for the embassies to review their visa policies.

It describes the development as an infringement on the rights of individuals.

The Chief Executive Officer of the Consumer Protection Agency, Kofi Kapito, who has been at the fore front of the issue argues that the practice by the Embassies is an infringement on the rights and freedoms of consumers.

Citing the Canadian Embassy and the United Kingdom High Commissions as most complained institutions, Mr. Kapito stressed the need for the practice to stop.

“I do not know how an agent who knows me from nowhere can get documents to support my application that for a fee for a first timer, I need to pay 1000 dollars where a repeat traveler will have to pay 500 dollars to get me a visa; that is criminal,” he asserted.

The CPA boss added, “The British Embassy has all of a sudden changed the way of doing business introducing what is known as the visa traveler fees. In this case, the visa fees could cost as much as 5,000 cedis depending on how long the duration of stay is.”

At the moment, if you plan to visit the USA, you would be required to pay a non-refundable visa fee of 160 dollars equivalent to 680 cedis.

A visit to the United Kingdom will cost you 89 pounds or 493.06 cedis. This will afford you a stay of up to six months.

Meanwhile, a visitor planning to come to Ghana from the USA would be required to pay a non-refundable visa fee of 100 dollars or 425 cedis.

In the case of the US, the visa would allow you to travel to the country for up to 5 years before it expires.

Responding to the concerns of the CPA, the US Ambassador to Ghana, Robert Jackson whose outfit issues over a 10,000 visas annually, explained that the charges are to cover administrative expenses.

“When people apply for a visa, they are applying for a service, they are paying for an interview. People do not get the visas and often it is because they do not provide inaccurate information or misrepresentations. We make every effort to ensure that Ghanaians get the opportunity to travel to the United States for legitimate reasons,” he explained.