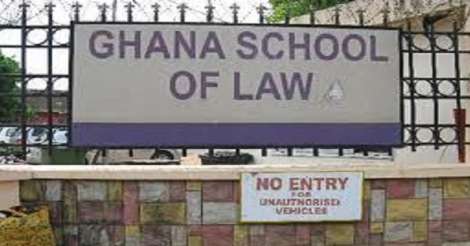 Some law students who boycotted Thursday’s professional paper over a mix up in the questions are demanding a dissolution of the independent examination board.

According to them, the board was formed last year to ‘check the rampant leaks professional law papers are often fraught with’.

However, they claim that some of their colleagues bragged about getting access to the exam paper.

One question was cancelled on the morning of the paper following claims of a leak. But the students challenged the credibility of the 4 other questions they were left to answer, fearing that those questions may have leaked too.

They also noted that they were writing a paper on Criminal Procedure, but two of the questions had absolutely nothing to do with the subject.

This was compounded by the fact that one question had been cancelled, reducing the options available to them.

Even though they fear wholesale failure for their decision, they reason that it is a wiser option since several cases of students who felt unlawfully failed are still pending in the superior courts.

Speaking to Citi News, the affected students called for a fresh paper as soon as possible.

According to them, students on the Kwame Nkrumah University of Science and Technology (KNUST) “have actually regretted writing the papers because they know the results will be nothing but a failure.”

The student said if the independent examination board could not set the questions along with what the students were taught, “they should pack their bags and leave us… We cannot allow our rights to be trampled upon by the very lawyers who are training us to be lawyers.”