Kuulpeeps – Ghana Campus News and Lifestyle Site by Students
Home POP CULTURE Health Tips Once Upon A Time: A Man Tried To Steal A Kiss From...
Facebook
Twitter
WhatsApp 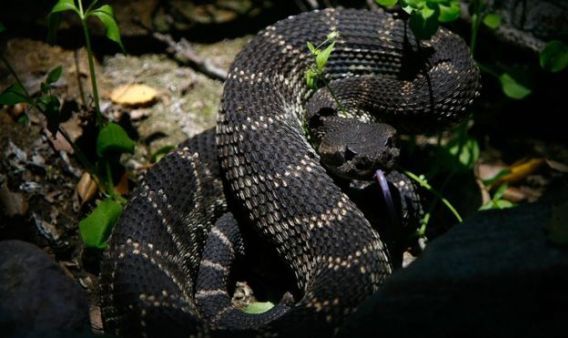 A man in Florida  tried to kiss a rattlesnake, only for it to snub his advances and bite him.

The man is currently recovering in hospital.

The snake was found by Charles Goff, a resident of Putnam County, in the north-east of the state, on Monday.

A day later, a neighbour, named by a local CBS channel as Ron Reinold, started playing with the snake and made his ill-judged move.

Mr Reinold was airlifted to hospital and is now recovering.

“One boy said, ‘I’m going to kiss it in the mouth,’ and the snake bit him in the face,” Mr Goff told Action News Jax.

“Ron was just acting silly, you know? I guess he said he could kiss the devil and get away with it, but evidently he didn’t.”

First Coast News said the victim was conscious but had initially been in a critical condition.

The snake is believed to have escaped and it is still not clear why Mr Reinold tried to kiss the rattlesnake.