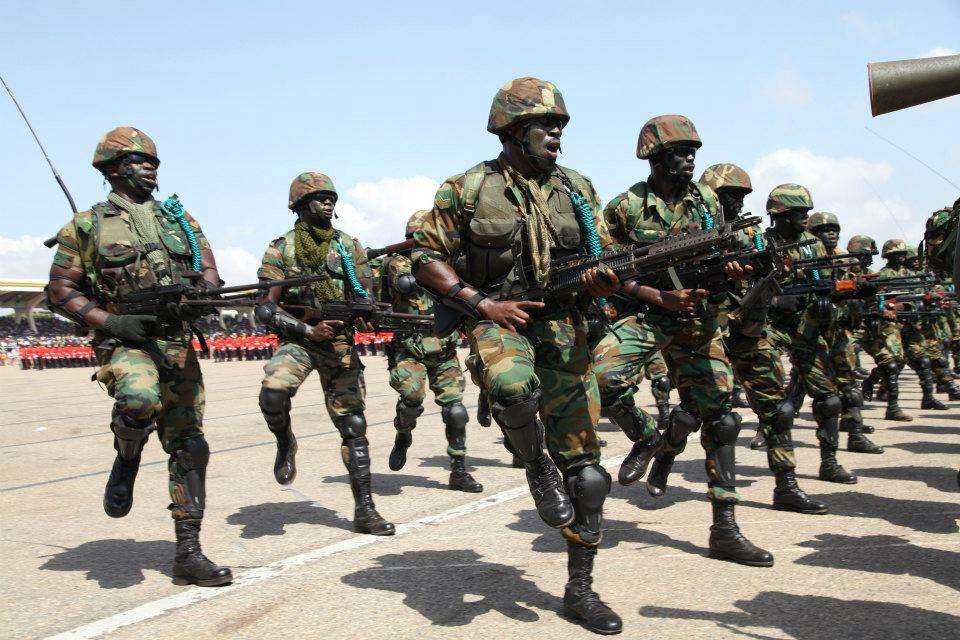 The Baatsona police in Accra have arrested a military man stationed at the 37 Military Hospital and a taxi driver for alleged robbery.

Corporal Bernard Tsagli, believed to be working with three other military personnel, allegedly committed the act with the help of a taxi driver identified as Joseph Ansah.

According to police, the suspects used a vehicle to attack customers who go to cash money from the bank.

After receiving several complaints about their activities, the police mounted intelligence which led to the arrest of one of the military personnel in the company of the taxi driver in Accra.

The Accra Regional Police Commander, DCOP Osaberima Oware Asare Pinkron III, said the Baatsona police received a complaint from a victim on May 8, 2017 that at about 11am the previous day, she went to withdraw an amount of GH¢1,500 from a bank on the Spintex road, community 18 junction, Daily Guide reports.

While returning from the bank, four military men in uniforms, using a taxi at Klagon water works area, attacked her and collected the money.

Corporal Tsagli was arrested together with Joseph Ansah, but two other supposed military personnel managed to escape arrest.

The two have denied the offence but investigations are still ongoing.