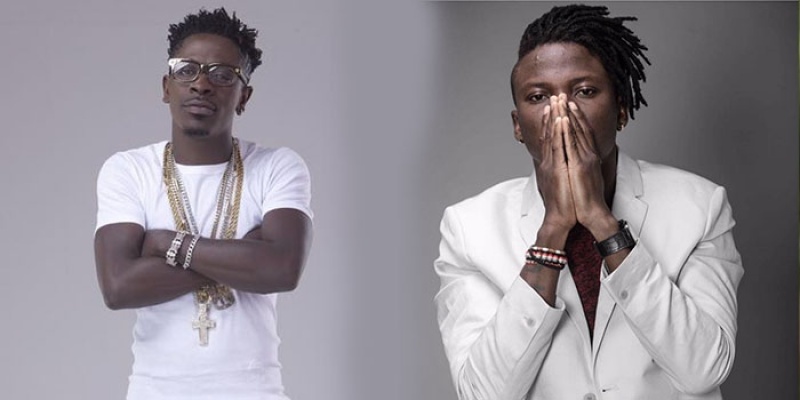 Yesterday, the nominations for the BET was made public and Stonebwoy was nominated for the Best International Act (Africa). Now for reasons best known to him , Shatta Wale decided to put out a tweet about how he cannot find his B.E.C.E certificate and he didn’t have time to worry about BET (but how does that even relate to the awards??????) 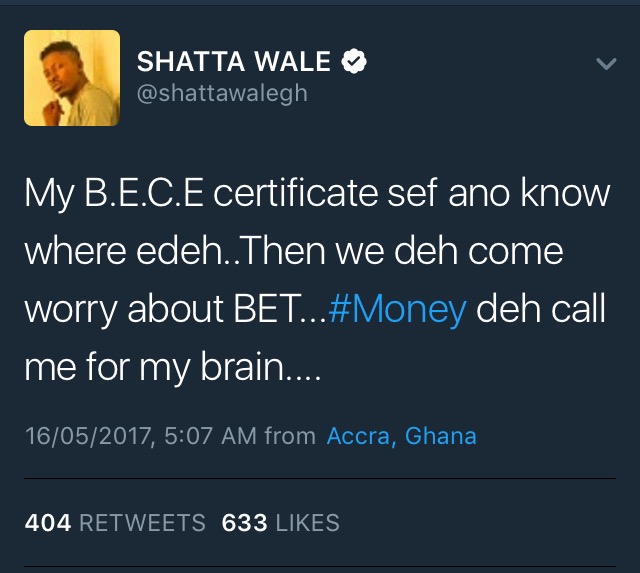 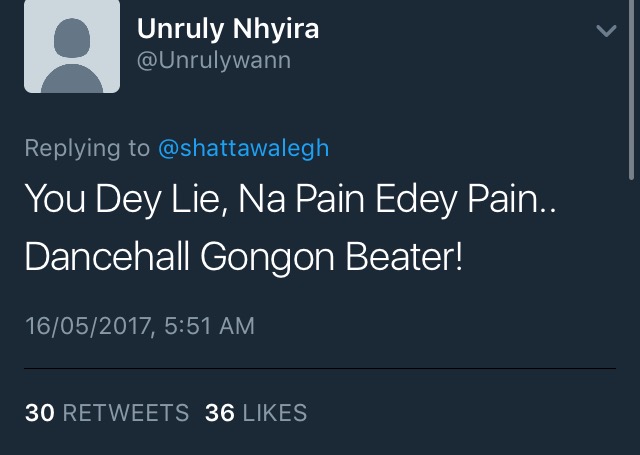 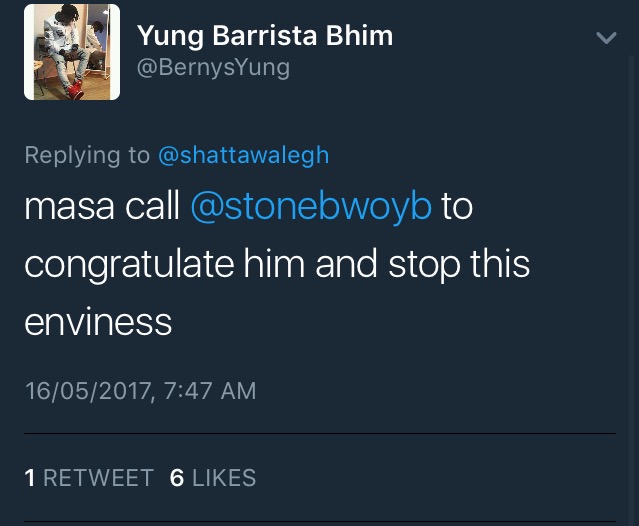 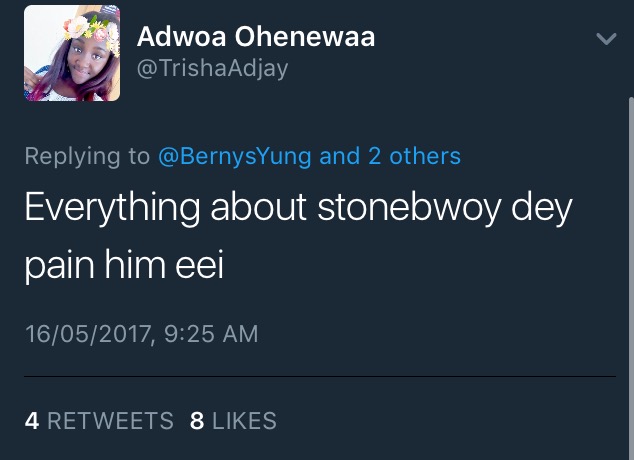 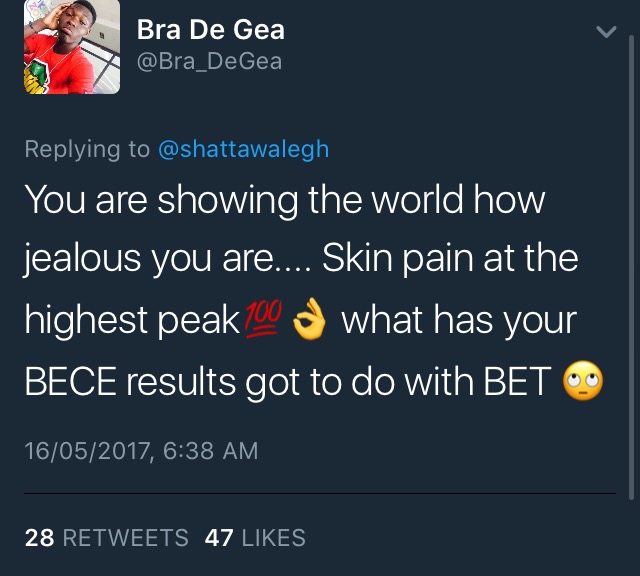 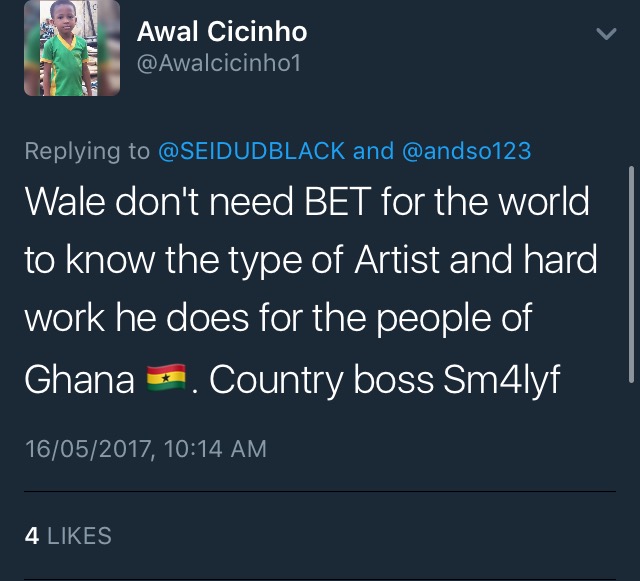 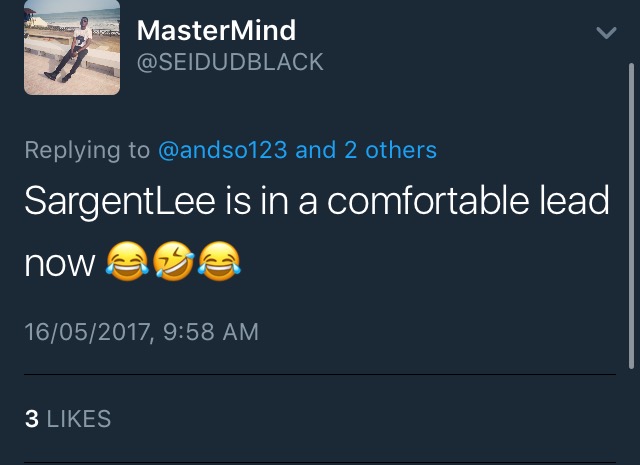 Is this supposed to actually read Sergeant?????? *goes to find B.E.C.E certificate* 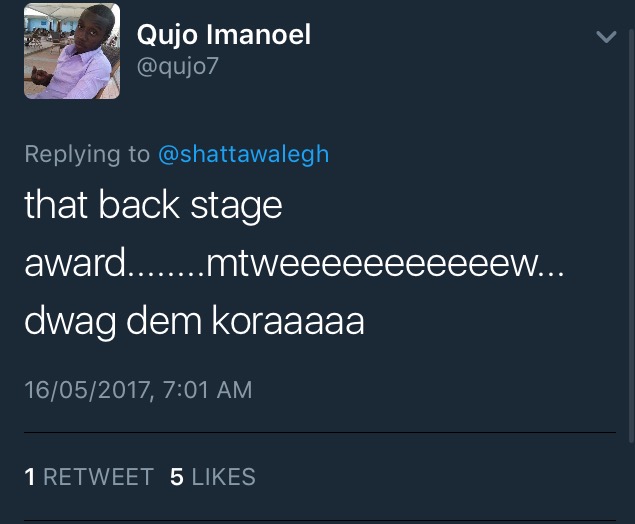 and some just concluded that Shatta Wale was more of a “local champion” so he won’t see the essence of a BET award. 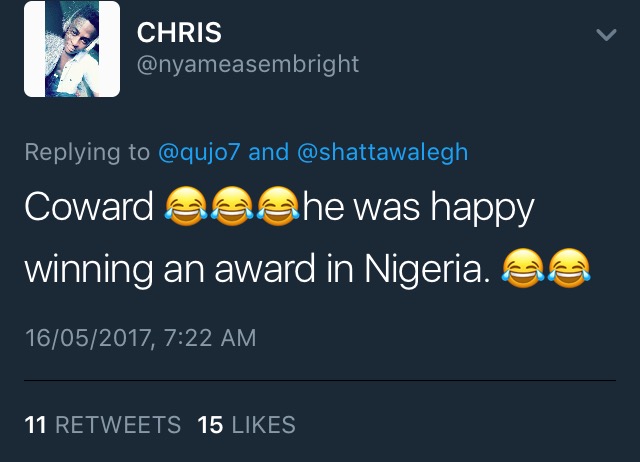