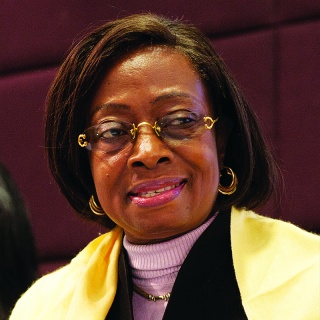 She will take over from the sitting Chief Justice, Mrs Justice Georgina Theodora Wood, who retires on June 9, 2017.

So, who is Sophia Akuffo and what is her track record in the judiciary?

She worked with President Akufo-Addo in private legal practice.

She was appointed to the Supreme Court by former President Jerry John Rawlings.

Ms Justice Akuffo holds a master’s law degree (LLM) from the University of Harvard in the United States of America (USA).

She has served as a justice of the Supreme Court for the past two decades.

She has been a member of the Governing Committee of the Commonwealth Judicial Education Institute and Chairperson of the Alternative Dispute Resolution Task Force.

In January 2006, she was elected as one of the first judges of the African Court on Human and Peoples’ Rights.

She is the immediate past President of the African Court on Human and People’s Rights.

Moreover, she is on the Disciplinary Committee of the General Legal Council and has held membership of several organizations, including the Committee of the Commonwealth Judicial Education Institute.

Her publications include The Application of Information & Communication Technology in the Judicial Process – The Ghanaian Experience, presented to the African Judicial Network Ghana (2002).

Currently, she is the third most senior person in the Judiciary after the Chief Justice and Justice William Atuguba.