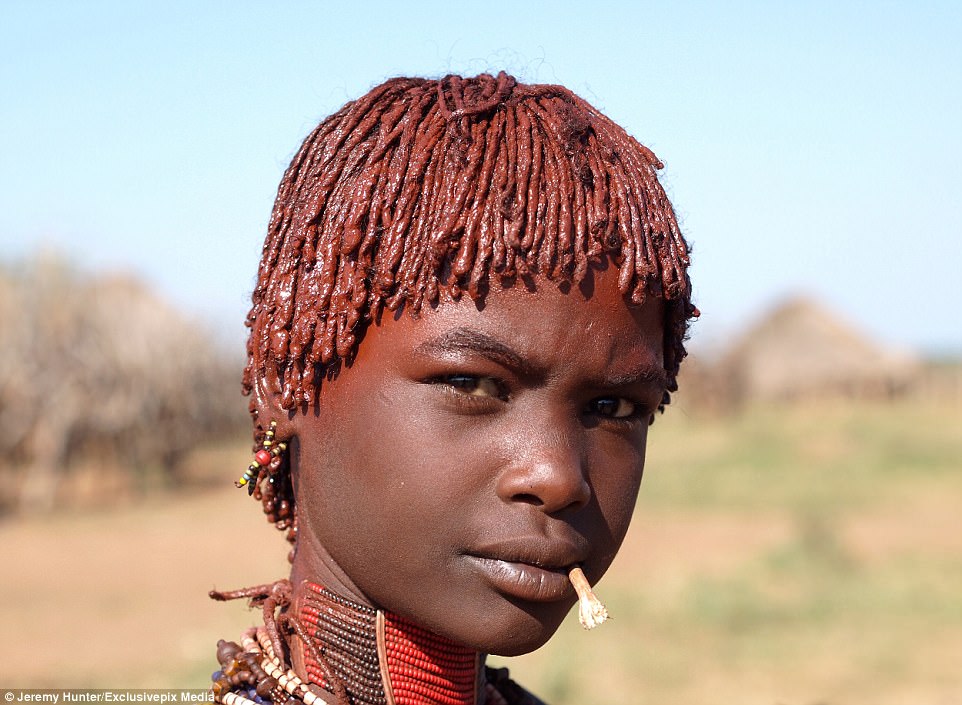 Women from the Hamar tribe in Ethiopia, are whipped to show their love for men, through a Rite of Passage ceremony.

A key element of the tradition, which is known as Ukuli Bula, is the whipping of young women who are family members or relatives of the boy undertaking the Rite-of-Passage.

The women trumpet and sing, extolling the virtues of the Jumper, declaring their love for him and for their desire to be marked by the whip. They coat their bodies with butter to lessen the effect of the whipping which is only carried out by Maza – those who have already undergone this Rite-of-Passage.

Members of the Hamar tribe believe the elaborate scars demonstrate a woman’s capacity for love, and if they fall on hard times later in life, it allows them to call on those who whipped them for help.

After the ceremony, the boy becomes a man and is allowed to marry.

Some whipping appears to be tender, others more aggressive. But once whipped, the girls proudly show off their scars – as proof of their courage and integrity.

See some of the photos below: