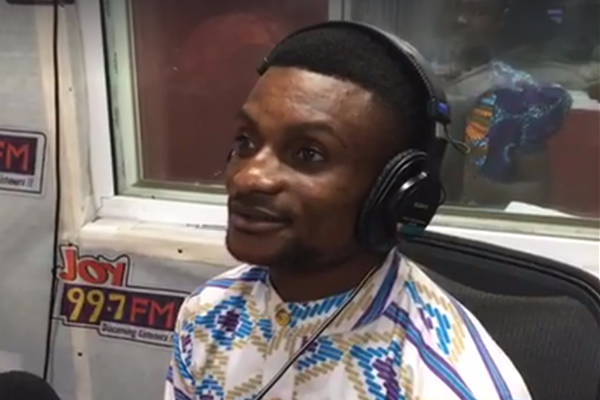 4.Your Enemies Cant Change Your Destiny-Mzbel To Fans – Popular Ghanaian music artiste Mzbel has said only God has the power of control ones destiny and not their enemies

5.George Quaye Is Not The Spokesperson For VGMA Board He Never Was-Mark Okraku Mantey – The plot for this year’s Vodafone Ghana Music Awards (VGMA) thickens every passing day and surely, the incessant talk on matters connected to the scheme will linger until a month or so after the organization of the awards night in April.

6. NDCs Onaapo Turns Me On During Sex-Virgin Pastor – Leader of a group calling itself Virgin Pastors has revealed the popular campaign song of the opposition National Democratic Congress (NDC) in the 2016 elections has helped improve his sex life.

7.I Thought I Had Adams Apple But Later Realised It Was Thyroid Cancer-Jeremy– Radio and TV personality Jeremy Van-Gashong says she mistakenly took her symptoms for thyroid cancer to be that of her developing an Adam’s apple when she first noticed a bump in her throat.

8.If Shatta Wale fire,I Will Fire Back – Samini – Reggae and Dancehall musician Samini has revealed that he would not hesitate to reply Shatta Wale should he release a song to ‘diss’ him.

9.Its Not Too Late For Me-Ramzy – Out-of-prison William Ramzy Amui, popularly known in showbiz as Ramzy, has said though his peers in the industry have had much success, he does not consider himself too late to make it to the top.