So you might have heard that lecturers of the Ghana Institute of Management and Public Administration (GIMPA) yesterday barked on sit down strike. Lectures were ended mid-class, and the classrooms locked abruptly.

We have the inside scoop. According to the source that spoke to kuulpeeps.com, there was supposed to have been a convocation to ‘swear in’ a Deputy Rector.

However the convocation was called off and this upset the lecturers. Apparently, the lack of a permanent Rector has introduced uncertainty into the administration of the school  that the lecturers have not been happy with.

Our source also said that a few of the lecturers suspect political motivations for the calling off of the election. 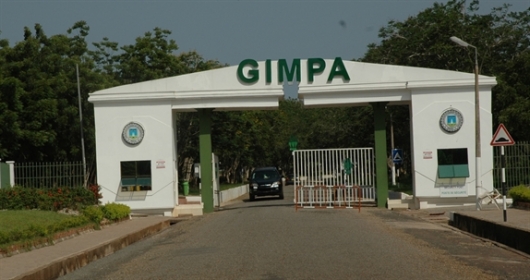 Another source suggested that some lecturers were not in support of the strike, and adamantly wanted to go ahead and teach but couldn’t, because they couldn’t get access to the classrooms.

It is said that the acting Deputy Rector of the school has since asked the lecturers to call off the strike and resume teaching.

Lectures were officially supposed to resume today and yet classrooms are still under lock and key.

The school’s SRC has released a press statement asking for government’s intervention.


The  GIMPA SRC wishes to state it’s disappointment at the unfortunate misunderstanding that has engulfed the Management and some Lecturers  leading to the disruption of academic work.

On the 16th of February 2016, some section of lecturers embarked on an indefinite strike action. Lecture halls were then closed baring student entry.

Meanwhile the Management of the school had issued a notice stating the contrary.

This situation has left majority of the students wandering about on campus not knowing whether there would be lectures or not. The time wasting of students can no longer be endured.

We are by this statement appealing to the two factions to settle this matter amicably and  to restore the peaceful  environment that has existed all these years.
We appeal to the lecturers to return to the lecture hall while negotiations for their demands continue.

We equally want to appeal to the Government to intervene as a matter of urgency.

We call on students to be calm and wait upon the SRC for our next line of action.

An update received by kuulpeeps.com indicates that, some lecturers have agreed to teach if the lecture halls are opened. Administrative authorities are breaking the locks to the classes.

KNUST Dismisses One Student, Indefinitely Suspends Another And Rusticates Two Other Students