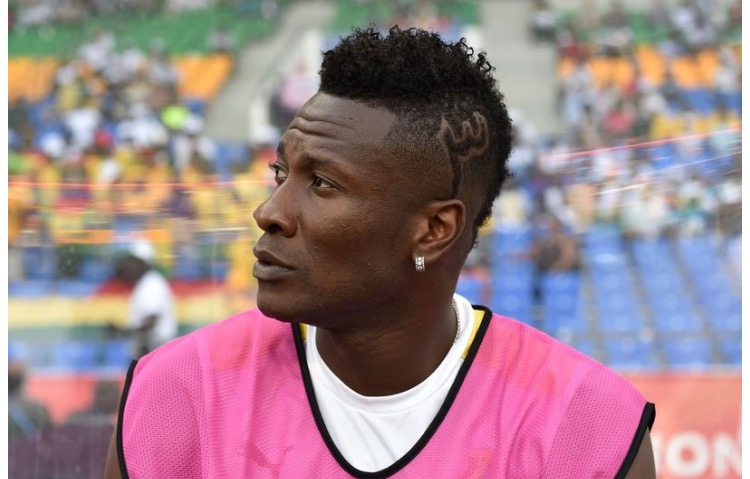 Remember when you could get punished by the headmaster of your school for having a funky haircut?…

…Well!! Looks like Asamoah Gyan’s SHS days have come back to haunt him. According to Pulse, Asamoah Gyan is part of a group of 40 players in the United Arab Emirates whose hair styles are deemed ‘unethical’

Gyan, who is on loan at Al Ahli is expected to make amends to his Mohawk hairstyle as the United Arab Emirates Football Association guidelines ban ‘Qaza’ or ‘in-Islamic’ hairstyles because it goes against one of Prophet Muhammad’s teachings, which forbids shaving part of your head but leaving other parts unshaven.

Last year, a Saudi Arabian goalkeeper Waleed Abdullah, was asked by a referee to cut his ‘un-Islamic’ hairstyle before he was permitted to play.