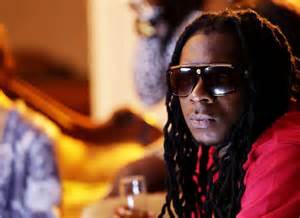 2.Coded Of 4X4 Discharged From Hospital After Accident-– Coded, a member of hiplife music group 4×4 who was involved in an accident on Wednesday evening in Accra has been discharged from the hospital.

3.God Didn’t Create Women With Ability To Love-Counselor Lutterodt – Pastor and Controversial Counsellor, George Lutterodt says it is never the responsibility of a woman to love a man but only that of a man.

4.I Never Said Daddy Lumba Is Not My Class-Kojo Antwi  – “Mr. Music Man” , Kjo Antwi has denied publication, which suggested that he said on Weekend Warmer on Joy FM with DJ Black that Daddy Lumba is not his ‘class’ in the world of music.

5.I Am Ready To Face Nana Aba And Dumas In Court-Counsellor Lutterdt – Pastor and Controversial Counsellor, George Lutterodt says he’s ready to meet Nana Aba Anamoah and Joselyn Dumas in court should both decide to sue him over alleged defamatory comments he recently made about them.

8.Okyeame Kwame Goes For Evangelism – Ghanaian Musician, Kwame Nsiah Apau, known by his stage name Okyeame Kwame is spreading the word of God not through his music but active street evangelism.