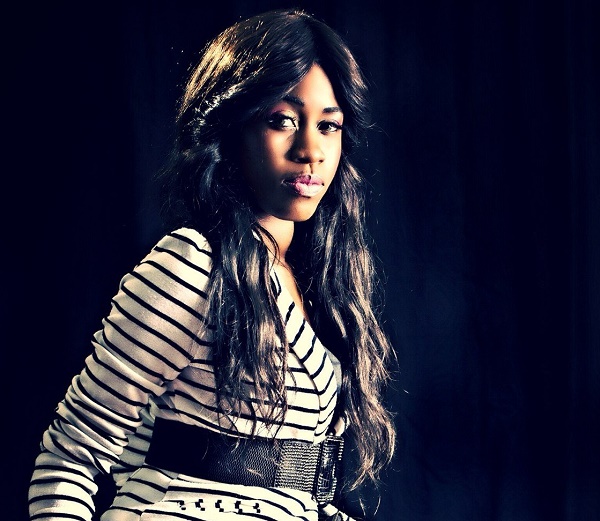 Radio and TV personality Jeremy Van-Gashong says she mistook symptoms of thyroid cancer and assumed she was developing an Adam’s apple.

The radio presenter announced on Instagram some months ago that she had been diagnosed of thyroid cancer. She also mentioned that she traveled to Germany for treatment. 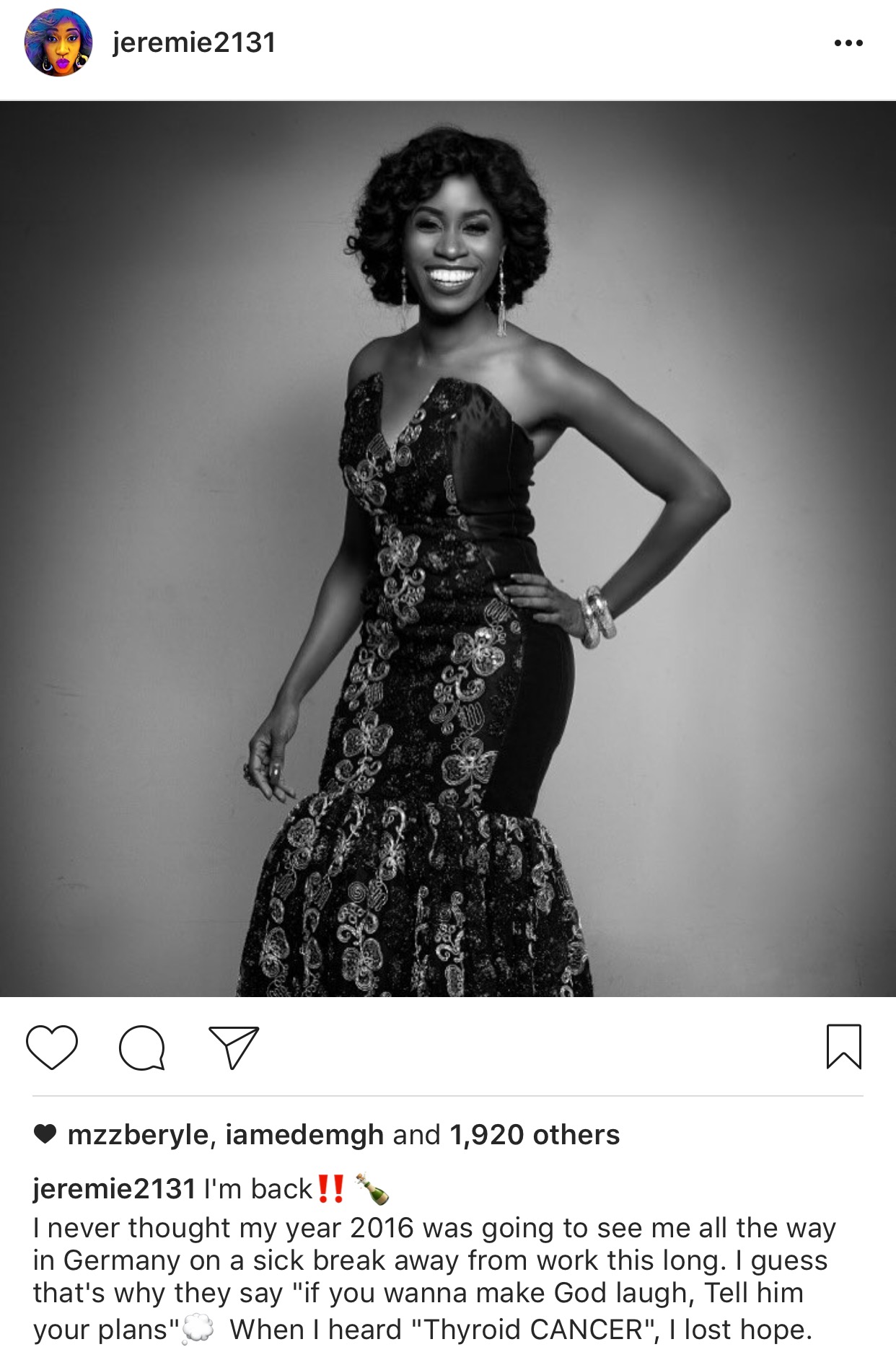 In an exclusive interview with TV3, Jeremy narrated her ordeal with thyroid cancer and advised regular checkups for people who detect anything unusual on any parts of their body.

“I woke up one morning and there was a tiny little thing and I didn’t think it was anything because it looked like just a little bump. “A friend of mine saw it and asked me what is was but I said it was nothing but probably my Adam’s apple even though I knew girls do not have Adam’s apple but I just sort of felt it was nothing but a week later and a month later it was still there”, she said.
See Also: Reggie And Bollie Set Up New Record Label After Parting Ways With Simon Cowell
Thyroid cancer is a disease that you get when abnormal cells begin to grow in your thyroid gland . The thyroid gland is shaped like a butterfly and is located in the front of your neck.