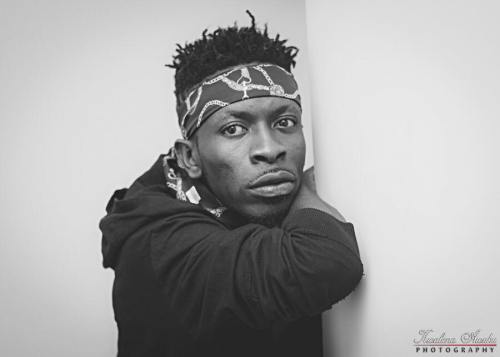 1.George Quaye VGMAs Board Members Must Resign-Concerned Radio Presenters – Head of Communications for Charterhouse Ghana, organizers of the Ghana Music Awards, George Quaye is still in hot waters for his bribery claim against gospel musicians.

2.Shatta Wale Compares Himself To American President Donald Trump – Charles Nii Armah Mensah, known in showbiz as Shatta Wale is undoubtedly the most talked about person in Ghana currently.

3.I Want To Be President Of Ghana-Okyeame Kwame – Rap doctor, Okyeame Kwame, has hinted he has plans to become Ghana’s president one day

4.Reggie And Bollie Are No Longer With Simon Cowell – After what was expected to be a great relationship between Ghanaian Duo Reggie and Bollie and Simon Cowell’s Syco records, reports have it that the music duo and record label are no longer together

6.Death Threats Are Empty- A plus – Ghanaian musician Kwame A-Plus has described threats on his life from anonymous persons as empty

7.Pope Skinny Apologises to Dr Bawumia’s Wife– Controversial rapper and radio presenter, Pope Skinny has rendered an unqualified apology to the Second Lady, Samira Bawumia over an infamous comment he made about her.

8.Obours Performance Reflects On The Size Of His Belly  – The ascension of Bice Osei Kuffour aka Obour to the Presidency of the Musicians Union of Ghana (MUSIGA) was heavily heralded, mostly for the fact that, he was expected to come in with a high level of youthful exuberance, ingenuity and innovation that would catapult the Union to higher ground.

9.Earn A Degree Before Pursuing Dream Career-Burna Boy To Fans – Following moments of solemn reminisce, controversial Nigerian dance hall singer, Burna Boy, has dished out words of advice to his fans and social media followers who are intending to drop out of school, like he almost did, to pursue a career in music to have a rethink.

10.Okyeame Kwame Becomes First Ghanaian Artiste To Launch Brand Book– Most inspiring, creative rapper Okyeame Kwame will be going down the history of showbiz and the corporate community as the first Ghanaian musician to possess a brand book.