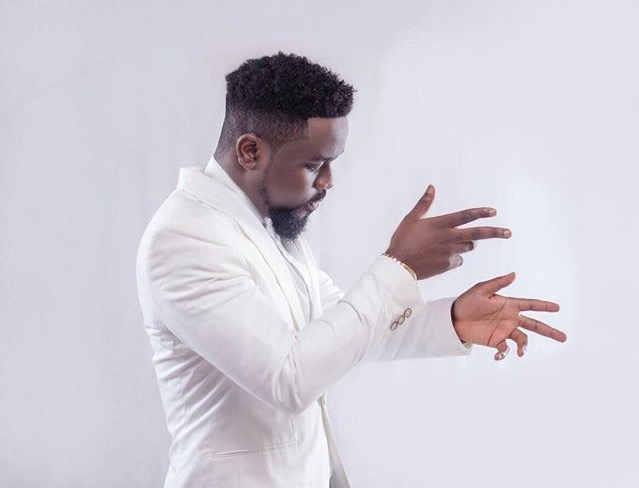 Sarkodie doesn’t seem too happy with not being  number one on any music chart at all, and so has decided to look through his folders and drop  something ASAP. 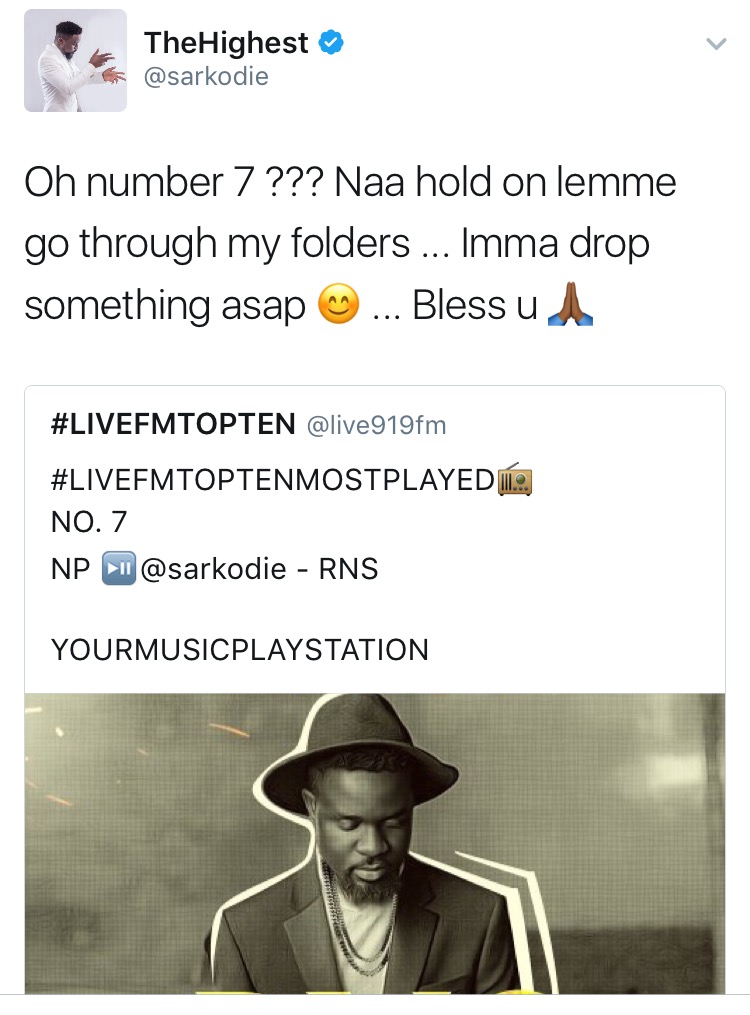 He posted a tweet on his twitter in reply to Live FM after the station ranked his “RNS” song as number 7 on their top ten most played songs.