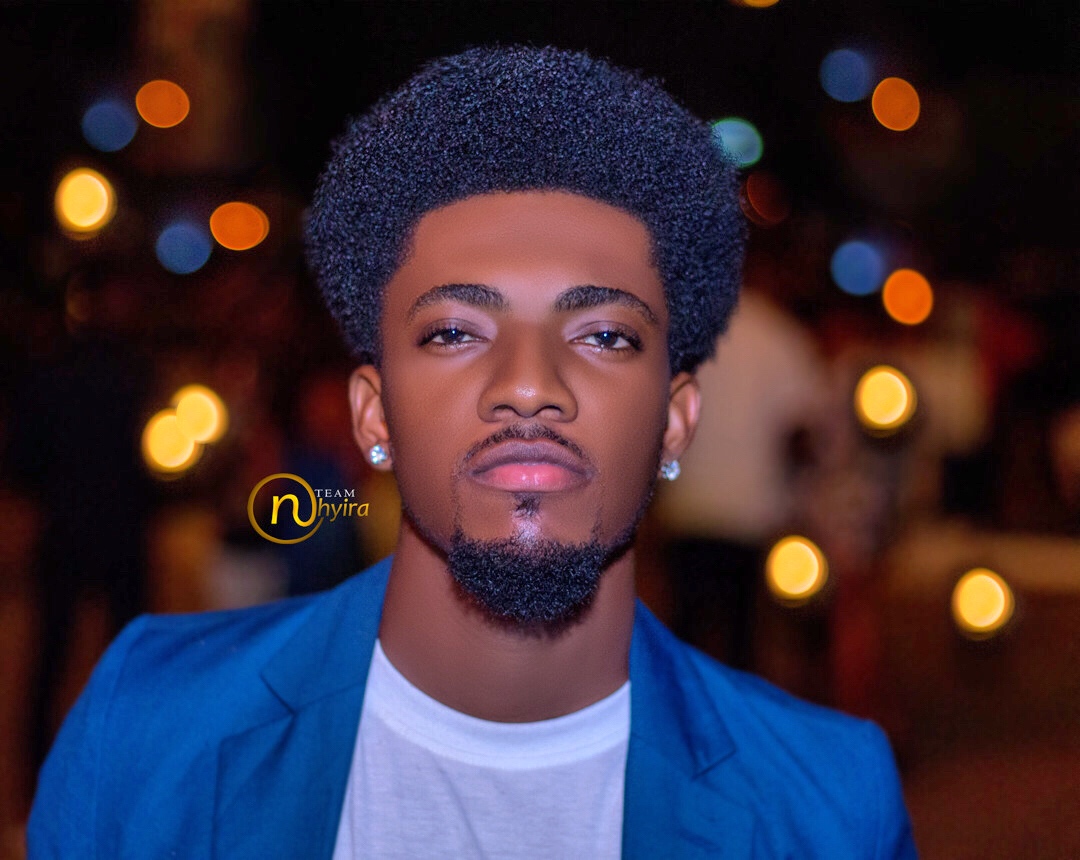 The faint sound of engines purring hung heavy in the air. There is a thin, barely discernible smell of exhaust fumes. I stare at my watch for the third time, silently praying he doesn’t keep me waiting. There is a soft click, and I lift my head up. He  glides in, and my breath sticks in my throat for a while. 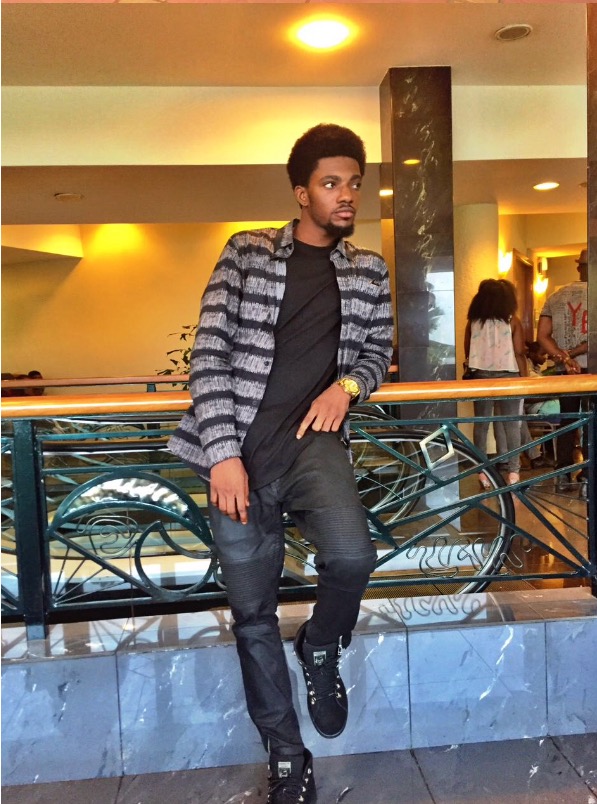 He really is something. He has a cocky smile on his face, not one of those ones that seem forced and arrogant. This one is…effortless. As if he walks around ready to say “Well, why not” to whatever question you ask him. Then again, he is impossibly handsome.

I nervously smooth the creases in my dress, and motion for him to sit down. It’s around 5pm, so the setting sun gives the room a dark, and almost sensual feel. He glides to the nearest chair and slides into his seat, and immediately lets out a tired sigh. 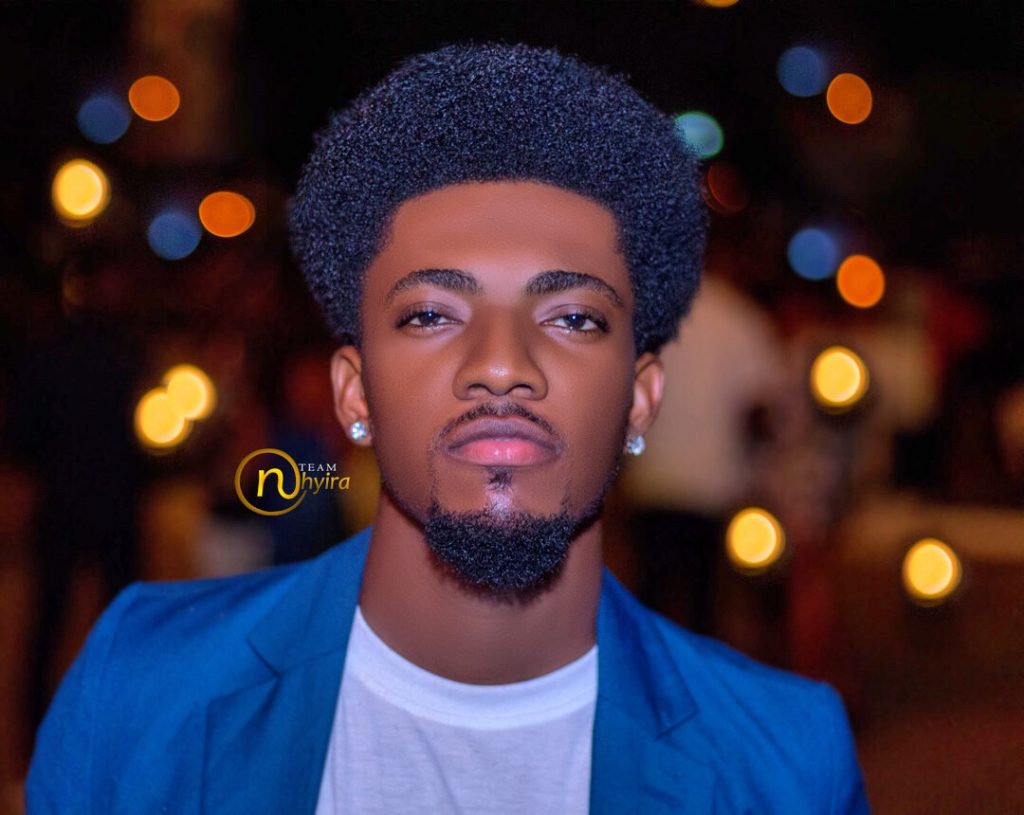 “Tired?”, I ask instinctively. He smiles, as if to say, “If only you knew”. But he seems nice, relaxed even. This is at odds with his public persona. At Radford, Bright Frimpong is not just a person, he’s an institution. For many, he is a source of wonder. You would expect him to be more…full of himself, what with him being a recording artist, a model, an actor and a student to boot.

When I ask, how he juggles all of it, he smiles knowingly, as if it was the first thing he expected me to ask. I can’t stop myself laughing along either. “To be honest, it’s not easy at all combining my academic pursuits, with not just acting but modeling and music as well”, he swivels in the chair. There’s a glint of determination in his eye, “There have been times when I have had to choose one activity or job over the other, because I couldn’t possibly be in more than one place at one time.  I do get these questions a lot how I do what I do? And how I manage my time? People don’t seem to understand or get how I have time for all of these different things. Sometimes, I don’t even understand it myself, but it has to be done. That’s all I know”.

I nod, and interject, “But it must be stressful. Your friends must be worried about you surely?” 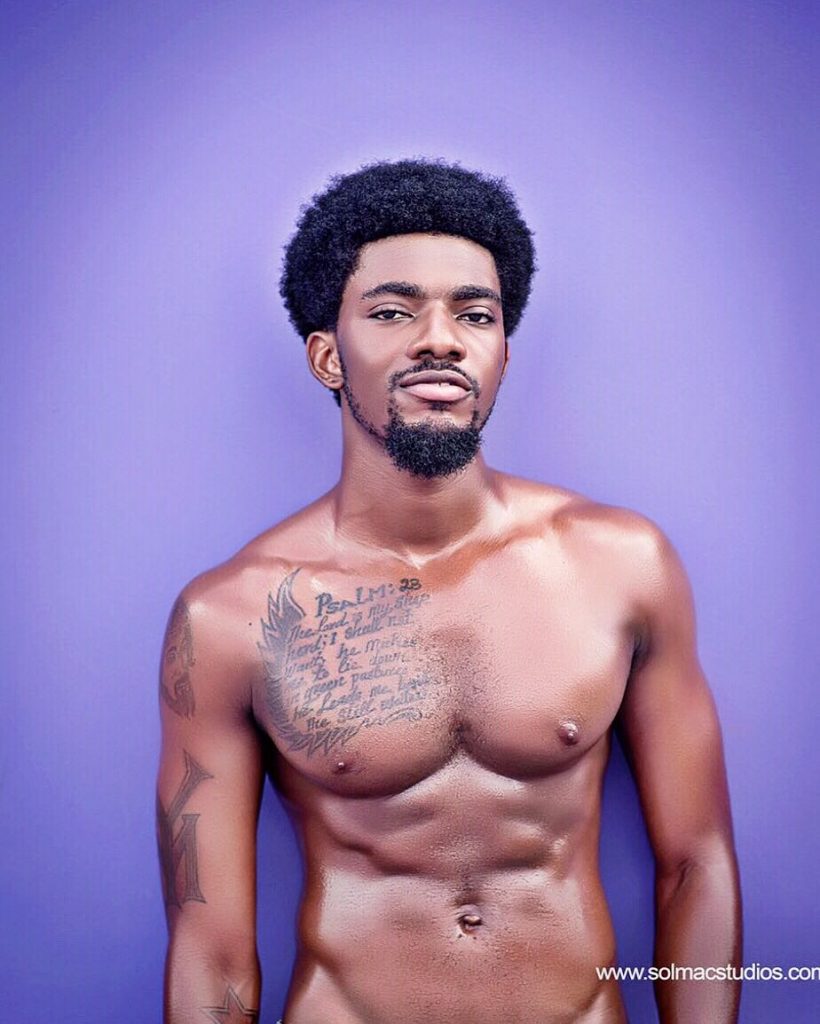 He smiles, “As a matter of fact, I do get comments from my mates and friends, “Bright, why don’t  you just focus on one or take a break and get done with school and continue your career?”. I think they imagine the stress it comes with but this is the life I chose and no matter what it’s got to be done, nobody will do it for me so I have to do it. I try my best to have time for each one. I schedule my time according to what’s most needed at each moment, the amount of sacrifice for that and what I am gaining from it etc… And with God and his grace upon me, in the end I see results, one after the other”

His determination is impressive. “Is there anyone you’re trying to be like, any role models?”. Again, he laughs and shakes his head, “I can’t say that I’m following anyone in particular, to be honest. But I like Drake and August Alsina. They make me love music, they make me want to create. But not like they create, you know? I want to be my own kind of artist.

“What about acting? You’re an actor, right?”

“Yes, yes I am”, he says with a smile, “As far as acting is concerned, I suppose my favourites would have to be Nick Canon and Will Smith”. He sees my eyebrows go up in bewilderment (because, seriously, who really likes Nick Canon as an actor), and adds hastily “But again, I just want to be me, not anyone else”. 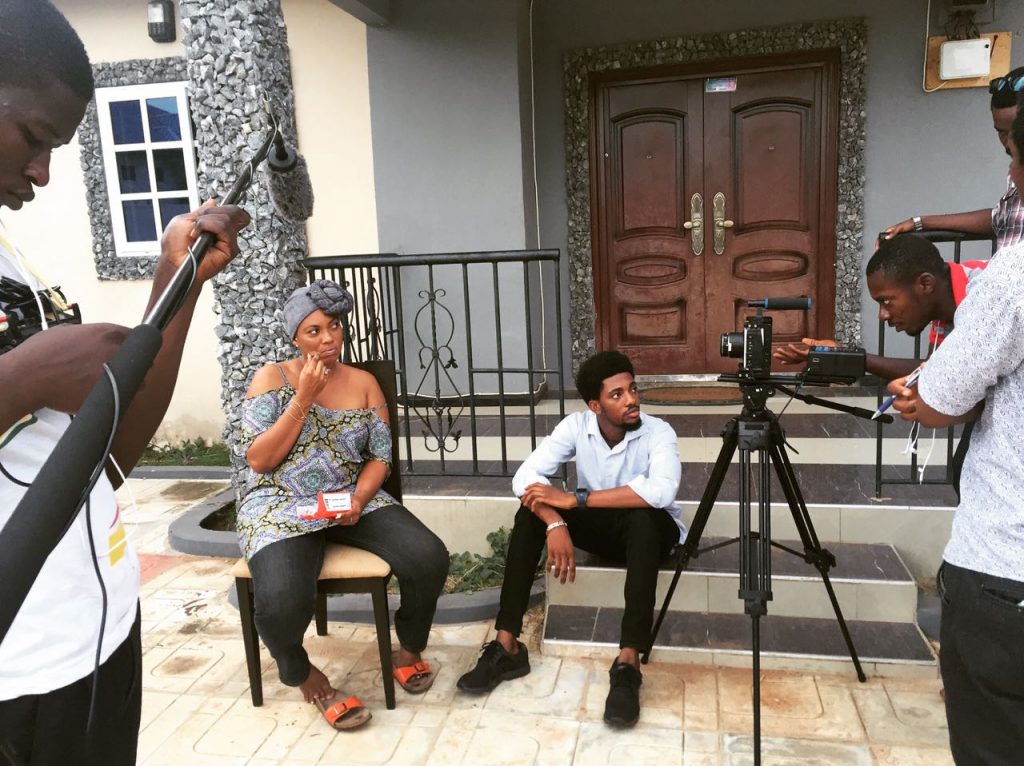 I look down at my list of pre-prepared questions and look up at him, he can instinctively tell that I’m excited about something. “Let’s talk about your musical ‘Purple’”, he immediately falls to the floor in laughter. “Come on, do we have to?”.

“But why wouldn’t we want to? You acted alongside all the biggest celebrities in Ghana; Sarkodie, Efya, Stonebwoy, Samini and Pappy Kojo. That has to be a big deal”. He can barely contain his laughter, but I’m not relenting. And so he concedes, and asks “What do you want to know?”

“I was a campus gangster and a jealous boyfriend”, he  smiles mischievously and adds playfully, “it wasn’t that challenging, so it was fun and a great experience for me. Plus, like you said, it was absolutely huge working with these artists and actors. It was just wonderful”

“And your music? What inspires it”

He pauses for a second, to weigh his words. “I don’t know, I guess it’s the culture. Basically, the things around me, and my experiences in life. All of these things come together to inspire me. When you listen to my songs, I think it’s pretty evident that most of my lyrics come from real life experiences”

I prod him some more, “But then I feel like there’s so much talent out there. For every musician that makes it, there are a thousand more who fail. How do you try to set yourself apart from the crowd?

“To be honest, I like to be me and do me. But I think, more importantly, that I like to be creative and set trends. I don’t want to follow. I don’t want to hop on to every trend. Ideally, I want to be setting the trends, not following them. I think that’s important in the music industry. It doesn’t hurt that I’m very friendly and social. Social skills are the second most important, I think. So yeah, that’s what separates me from other artists”.

I nod, “It seems to be working too, your work has been recognized with awards”

We’ve been having such a good time, I haven’t noticed how dark it is. We pack up, and he walks me downstairs. Before I leave , however, “We haven’t touched on your career as a model. Who have you worked for so far?” 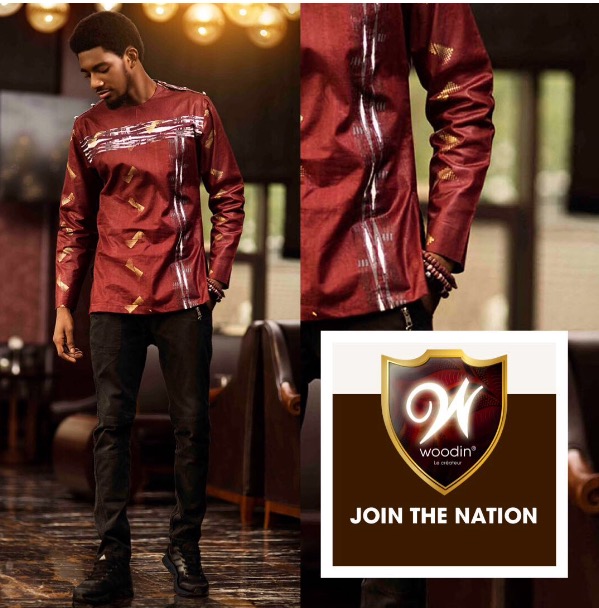 “So far, Woodin and Busy Mifi, but I’m looking to expand my horizon”.  As I sit in the car, he adds solemnly “Look, I’ve always believed that if there’s somehing you really want to do, you just have to keep pushing. Put in  enough hard work, add a little determination and perseverance, and don’t forget the prayer and you’ve got a recipe for success. Never give up on your dreams, if you have any”.

I thought that was pretty sweet, that he would try to motivate me out of the blue.  I think I’ve come to the conclusion that he is an all round awesome person!

#Kency2020: Meet The Designer Who Dressed Kennedy, Despite And Others

Pilot Sedode - February 21, 2020
0
Nana Ama McBrown has finally posted full photos of her daughter, Maxin as she turns 1 today. Since her...