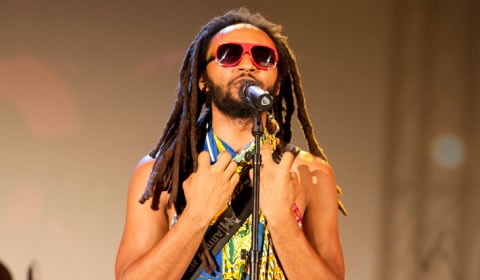 1.Wanlov Reveals Why He Doesn’t Like Wearing Underpants And His Reason Will Surprise You-  Wanlov discloses why he doesn’t wear any underwear.

2.Sonnie Badu Says He Will Still Iron For Pastor Lawrence Tetteh And Clean His Shoes – Pastor Lawrence Tetteh   came up with a list of Ghanaian gospel artistes that he allegedly gave some sort of exposure, which made them big names in the country. In an interview with Hot FM, the pastor stated that he cannot state who his favorite gospel musician is because he nurtured most of them and some of the names he mentioned included Rev Prince Nyarko, Sonnie Badu and Tagoe Sisters.

3.Runtown Has Announced He Will Be Staging His Own Concert In Ghana – Douglas Jack Agu, better known by his stage name Runtown, has announced he will host a show in Ghana this March.

4.Shatta Wale Throws Shots At Charter House Again – Last week, he threw shots at Charter House making it clear that he was not going to file for nomination at this year’s VGMA’s. It didn’t end there, he is back again. This is what he said about Charter House over the weekend

8.Ghanaian Filmmaker Promises To Support Ghanaian Film Producers – Promising Ghanaian filmmaker, Efo Lucky Calebs , who took a French leave from the movie industry to study at the New York film Academy is back in Ghana – and now offering film producers millions of dollars to help market their movies across the world.