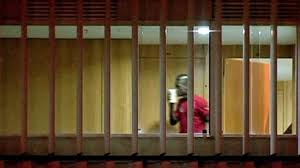 The Ministry of Sports has approved a final budget for the senior national team.

The final budget for the team is $3.4 million.

According to the out-gone Sports Minister Nii Lante Vanderpuye, the $5.4m budget presented by the Ghana Football Association for the tournament was slashed by $2m after consultation with the Finance Ministry.

Funny enough, if the team should win the tournament, the nation will make about $600,000 because the winner of the tournament will take home $4 million.

This means if the team should go out in the early stages of the tournament or even become first runner ups, the nation would have made a lost of more than a million dollars.

Each team player will pocket $8,000 as winning bonus during the tournament while the coach takes a double of that.

The Black Stars will begin their AFCON campaign on the 17th of January in a match against Uganda before facing Egypt and Mali in Group D.