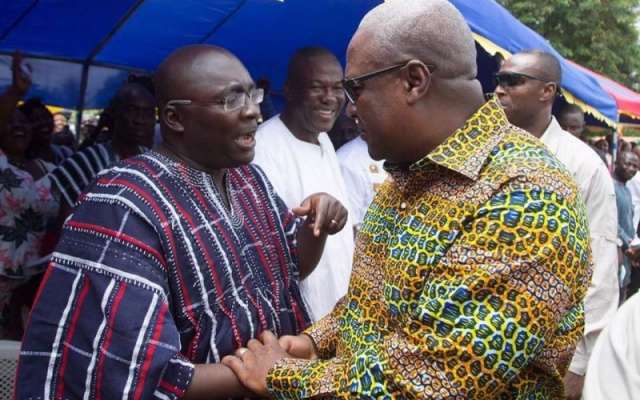 It was earlier reported that Ex President John Dramani Mahama has requested to keep his presidential bungalow as his official home.

This has brought about many controversies since the bungalow is the official bungalow for the sitting Vice President.

A statement has been released by the office of the former president to address the issue.

In a post update on the former president’s Facebook page, it has been stated that the current Vice President is expected to take up residence in the house known as Australia House, which was previously occupied by former Vice President Kwesi Bekoe Amissah-Arthur.

Contrary to the claims being made that HE John Dramani Mahama, former President of the Republic of Ghana, has refused to vacate his residence, we wish to state and confirm that per the information officially communicated to the newly inaugurated administration following discussions by the Joint Transition Team, President Mahama will continue to maintain his current place of residence as his retirement home.

The decision and agreement on the place of residence and office for the former President was formally communicated to the new administration by the former Chief of Staff Julius Debrah on December 19, 2016.

The Sixth Parliament of the 4th Republic before its dissolution, also resolved that residential and office accommodation should be provided to the outgoing President, HE John Dramani Mahama in line with convention and existing precedent.

The claims that Vice President Dr. Mahamadu Bawumia is stranded and has nowhere to stay, is mischievous and deliberately intended to embarrass President Mahama.

The Vice President is expected to take up residence in the House known as Australia House, which was previously occupied by former Vice President Kwesi Bekoe Amissah-Arthur.

An Official and Permanent residence for the Vice President is currently under construction, off the Switchback road. Dr. Bawumia will move into the new structure when completed.

Office of HE John Dramani Mahama
Former President of the Republic of Ghana
Accra- Ghana.
January 09, 2017.