Kuulpeeps – Ghana Campus News and Lifestyle Site by Students
Home Life Edem Doesn’t Seem Happy With The Number Of Nominations He Got At...
Facebook
Twitter
WhatsApp

See Also: Here Are The Nominees For The 2016 4Syte Music Video Awards

Twitter user @prospect_TMSDJ tweeted that Edem’s Nyedzlo should have been nominated in all the categories of the  4syte video Awards:

…he later quoted the same tweet with this reply;

This was what Edem had to say; 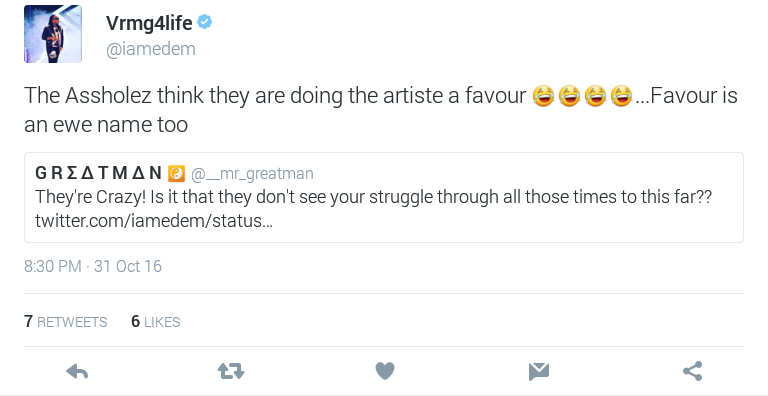 We hope to see Edem winning some awards at the show.