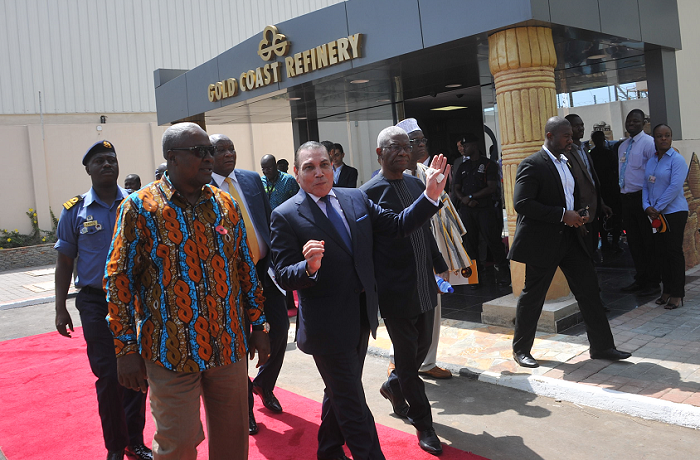 President John Dramani Mahama has inaugurated the Gold Coast (GC) Refinery Ghana Limited, which officials say is the largest gold refinery in West Africa and the second largest in Africa.

Located within the Airport Light Industrial Area in Accra, the $110 million plant has the capacity to refine raw dust, scrap gold and other precious metals up to 180 metric tonnes per annum, almost double of what the country produces annually in a single shift production. Besides, the state-of-the-art facility would refine up to the finest quality.The refinery, which would provide direct and indirect employment to 1,500 people, is the initiative of the Euroget Group of Egypt, Banking and Financial Services (BAFIS), an international joint stock company, and some local shareholders. Ghana is one of the top 10 gold producing countries in the world with production over the last three years pegged at 92 metric tonnes per year.

The President described the refinery as a dream come true and a stamp of approval of Ghana’s investment climate.”This is the fruit of perseverance and vision,” the President said of the investors, and thanked them for the confidence they had in the Ghanaian economy. President Mahama also said Ghana was working towards entering jewellery production as the government collaborated with the Kwame Nkrumah University of Science and Technology (KNUST) to set up a jewellery production village at Tepa in the Ashanti Region.