Gospel musician, Danny Nettey, was laid to rest on Saturday, 3rd September, 2016 in Accra. Family, friends and sympathisers gathered at the State House to pay their last respects to the late Gospel singer. He was 47 years old when he passed away. Fellow colleagues gave tributes describing him as a lively and welcoming person.

Mary, an 18 year old Senior High School graduate, attempted committing suicide after she was spurned by Criss Waddle. She, a resident of Tech (a suburb in Kumasi), claims to have met the rapper on Instagram where they became friends. Criss is said to have made her aware that she was not mature enough to date him.

She revealed that she had visited Criss on several occassions at his residence in Tema and Prampram and that it was through one of these visits that she took photos with the rapper and after uploading them on social media received loads of insults which drove her to commit suicide.

Criss Waddle has however debunked rumours of being in a relationship with the young lady. 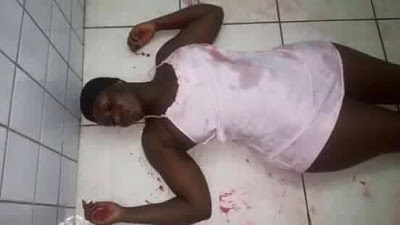 Pappy Kojo appears to have gotten a tattoo ‘Joey B’ on his upper wrist-arm. The rapper who recently released ”Van Damme” featuring Akiti Wrowro, is believed to have inked his arm during his recent visit to Italy.

11 Types Of Ghanaians Who Think They Are Better Than You

Margaret Sagoe - July 10, 2020 0
See, nothing dey vex pass people who think they are better than you because of one tiny thing they have that you...

JJ Rawlings Is Closing His Office Due To COVID-19

Georgina Baker: From Nima To Her History-Making Graduation From The University...