The week has come to a close. A lot happened that got the country talking. Our favourite celebrities were also very active in their various spaces.

With the week coming to a close, let’s  walk you through what your favourite celebrities have been up to this week.

To start of with is Kumawood actress, Benedicta Gafah. The young actress who was adjudged Kumawood’s Best Actress in 2015 celebrated her birthday. The actress released some new pictures to grace the occasion. She has joined the trend of celebrities releasing new photos during their birthday. The actress adopted a four months old baby boy who she has named peniel.

Joselyn Dumas on Wednesday celebrated her 36th birthday. The actress organized a small party for a few friends and family to mark her new age. 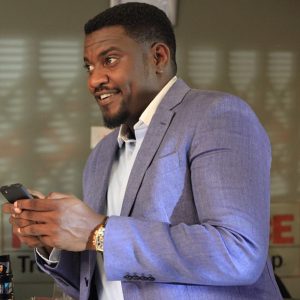 John Dumelo this week turned down a $10 million offer on twitter. The actor was approached by a business woman who offered him the said amount but the actor turned politician gratefully turned the offer saying “Really? I am sorry”.

Becca was also in the news debunking claims of she putting on a hip pad. The curvy singer mentioned that her hips are natural and that she does not and will not put on hip pads.

Self acclaimed Dancehall king, Shatta Wale also returned from London on thursday. The artiste made history when he performed at a sold out event in London. He returned to a mammoth crowd and the warmest reception. His feat in London won him compliments from his arch rival, Samini.

President Dramani Mahama also hit one million fans on facebook on friday. The president in expressing his joy over the feat he described as a milestone said facebook has made him a better leader because it has afforded him the platform to understand the citizens and exchange views.

Musician and comedian, A Plus, released a new political song as the election draws near. The song titled Aben be bom sent shivers down the spine of some political parties. The song also enjoyed massive download when it was released online.

Sarkodie celebrated Adalyn Owusu Addo, his daughter on twitter and Instagram. Sarkodie tweeted severally telling the world his love for his daughter.