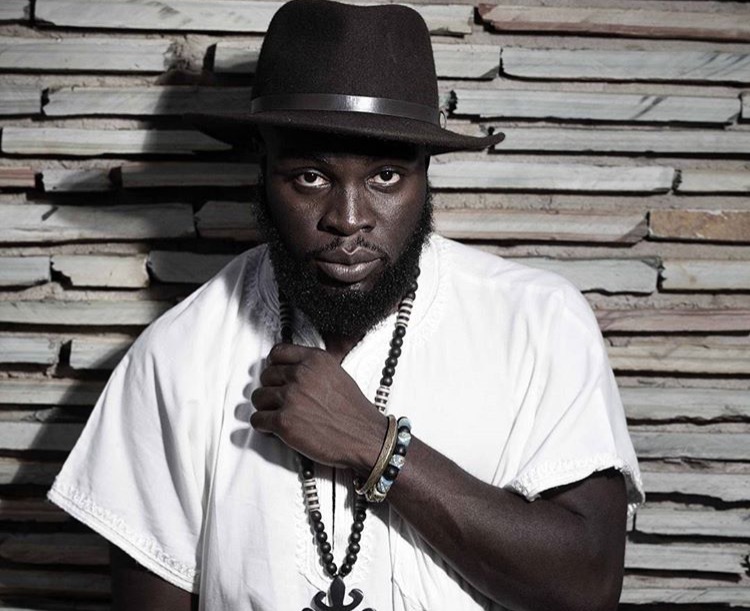 Rap artiste, M.anifest is ready to release his fifth album, “No Where Cool” on the 8th of September, 2016 and he made it known on Twitter and Instagram after dropping a video teaser for the said album. 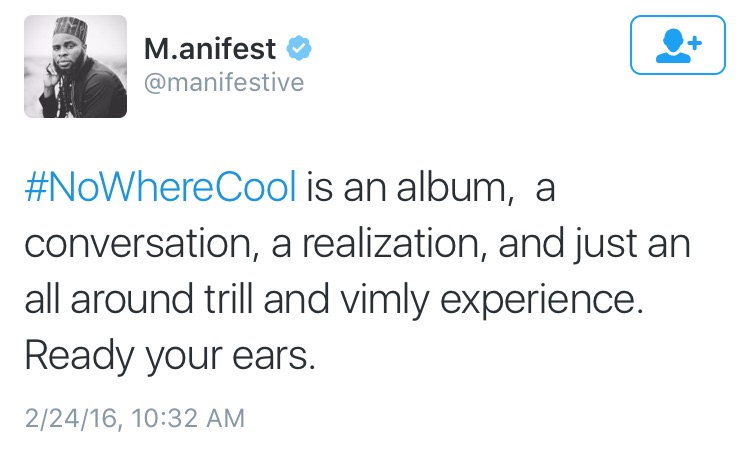 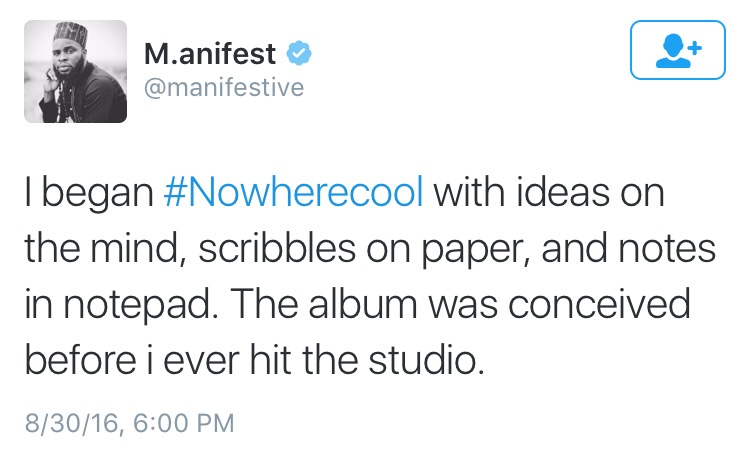 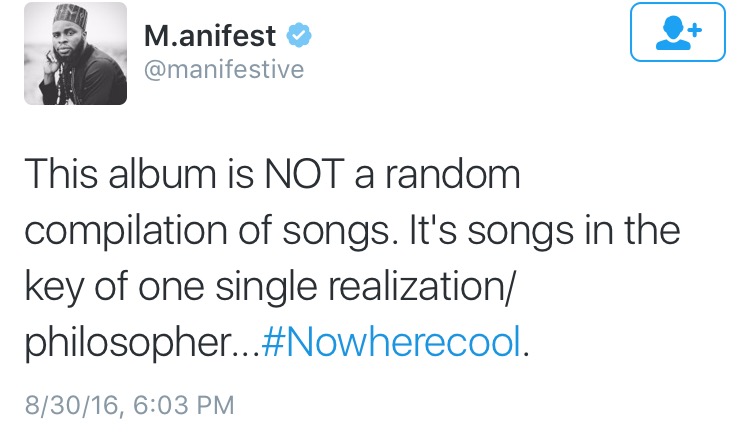 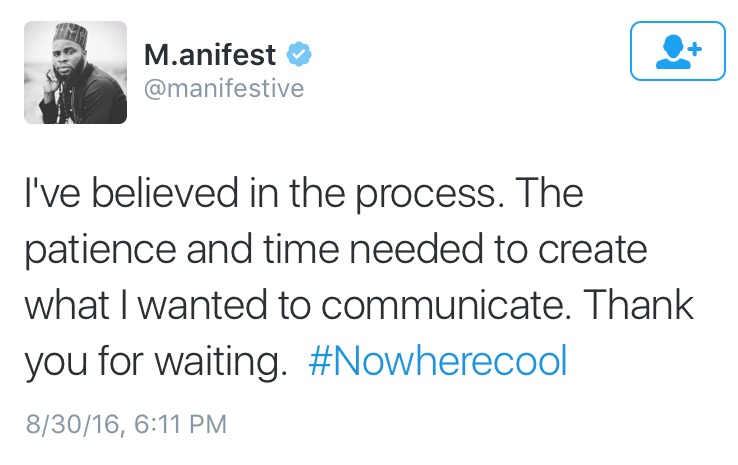 The album will be made up of 14 songs and he has already released two songs, “sugar” and “100 percent” from the album already.