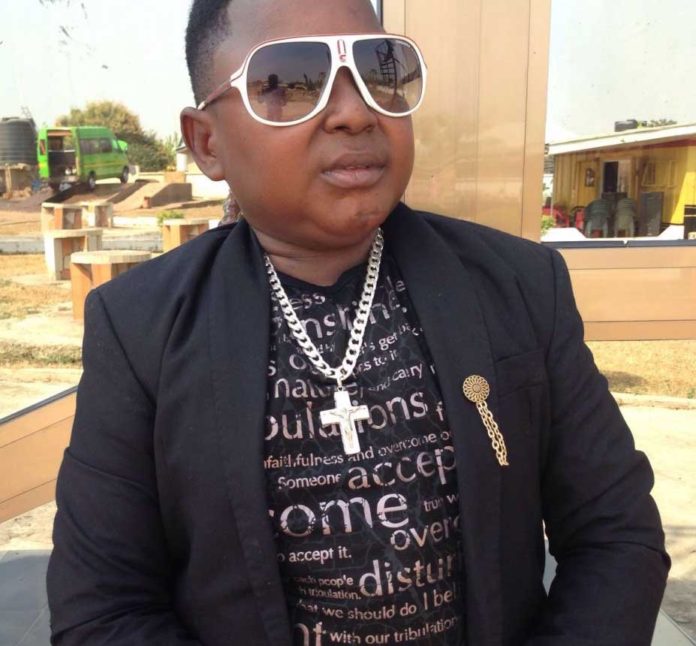 Prophet Samuel Baffoe of El Shaddai prayer Centre has cautioned Kumawood actor Wayoosi, to confess and settle any issue with anybody or else he will dig his own grave.

Speaking on a radio program “Anigye Mmre” hosted by Christian Agyei Frimpong, Prophet Baffoe was not specific on what Wayoosi must have committed that has resulted in his current state, but he kept emphasizing that, he sees a car and a house, “if he (Wayosi) has anything to do with someone regarding these two things he should settle the matter with the person, if he fails to do that, he will be digging his own grave”.

Michael Kwaku Ola Public Relations Officer for Film Producers Association of Ghana (FIPAG) in a telephone interview with Accra-based Onua 95.1 FM’s Emmanuel Agyemang some weeks ago said, Wayoosi is better, but he is having problems with his kidney.

Prophet Samuel Baffoe, some time ago stated that certain Ghanaian celebrities like Samini, Lil Win, Obour, Nadia Buari, Daddy Lumba, K.K. Kabobo will join their ancestors, which he later revealed that, the celebrities who should have died based on the revelation he had, would no longer die.

The prophet noted that with the help of his church members through prayers, he can confidently say that the named celebrities would no longer die.