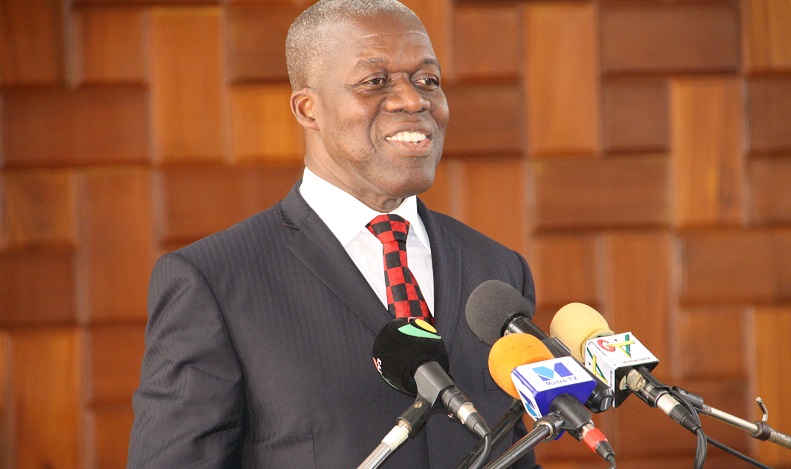 The Vice President of Ghana yesterday was involved in an accident on the Winneba-Cape Coast road.

Four people were injured, which included some journalists, Nutor Bibini Nutor of GTV and Bernard Allotey of Radio Gold were said to have sustained some injuries together with some security personnel in the Vice President’s detail. The Vice President himself escaped unhurt.

A saloon vehicle said to have ignored the sirens rammed into one of the convoy vehicles, causing it to sommersault a number of times before landing on its roof in a bush.

The incident happened  near Nsakyire on the Winneba-Cape Coast highway in the Central region.

The Veep was on his way to Abeadze Dominase in the Mfantsiman District to join a durbar of the chiefs and people to celebrate the Ahobaa Kesse festival and also mark the 20th anniversary of the installation of the paramount chief of the area, Daasebre Kwebu Ewusi VII. The Vice-President expressed concern about the spate of reckless driving on the roads leading to loss of innocent lives. He therefore cautioned drivers to be careful and be responsible on our roads.