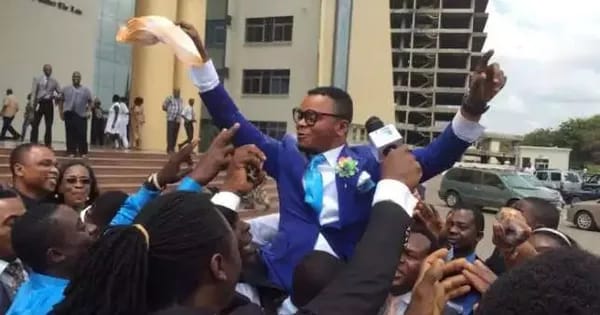 The Founder and General Overseer of the International Godsway Church, Bishop Daniel Obinim has been granted bail, his lawyer Mr Samuel Atta Akyea has confirmed.

According to media reports, Obinim was granted bail with two sureties for each of the offences for which he was arrested. So far, it remains unclear the bail bond or the amount involved. Bishop Obinim has been in Police custody since Tuesday when he was arrested for fraud.

The bishop had reported himself to the Tema Regional Police Command over the flogging of two teenagers in an open service last week. The controversial preacher was later held over a GHC 11.6m cedis alleged fraud case against him.