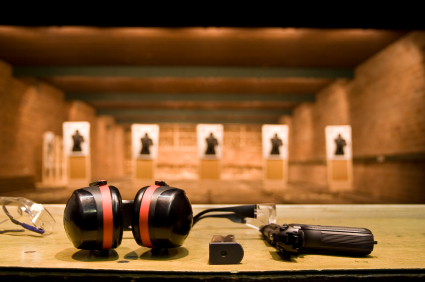 Police in Tema disclose they have discovered a training camp for armed robbers. According to reports, the camp is where new recruits learn how to shoot. Tema Police PRO, ASP Juliana Obeng said the recruits were “busily rehearsing” using plastic bottles as their target when police arrived at the Community 3 Ramsar Site.

ASP Obeng continued to indicate that the discovery came after five armed men attacked a Chinese factory in Tema Industrial area and made away with some valuables. Upon a tip-off, police patrol teams were dispatched to the suspected hideout of the suspected criminals.

The suspects upon seeing the police opened fire on them and the police returned fire, killing one instantly. Two of the suspects escaped with gunshot wounds and one was arrested, according to the police. Close to 72 cartridges and several empty plastic bottles which served as targets for the shooting rehearsals were retrieved by the police.

ASP Obeng went on to ask the public to assist the Police to bring down these fugitives.