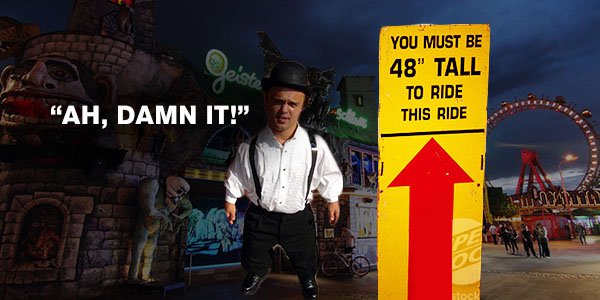 When I was growing up as a guy it was awesome to see all my cousins already grown up and I wanted to be like them. Then it got to the period of adolescence. At that point  every boy I knew was going through the stage of puberty. Some are broadening their chests, others developing deep voices and the rest were developing facial hair. I was getting anxious as the days were going by. Now days became months  and I had gone through every part of puberty but I just wasn’t growing tall and  I was wondering why I wasn’t growing as tall as every other guy I knew. They were being picked for the basketball team and others and no one even considered me for lime and spoon. The worst was when I asked for help to pick something that was way above my reach. Then I will hear the regular taunts of ‘shortingo’ ‘kapw3pw3’ ‘dwarf’ and some others.

Getting into trouble with teachers was when I realized they also were not left out of the teasing. ‘Short man devil’ was their way of referring to me whenever I got on their bad side. Whenever I tried to be witty or a little smart with my answers, I always ended up being told “if you were a little tall we wouldn’t know what you would do’ or ‘if what came out of your mouth was equivalent to your height maybe we will listen to you’. 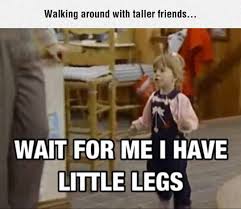 Now away from that I had my lit moments because if they say shortest in front as much as it hurts because all my friends are behind, I got closer to the girls because they were always in front. So I had a lot of female friends and that was the only upper hand I had over the guys because they would definitely need me to get to one of the girls.

But the girls they are someway ooo. Because at one point they make you feel like you are the best thing that happened to them and as soon as you decide to get a step closer they just drop you in the friend zone. The one I don’t like at all is the brother zone. If you make it there bruh just know you have failed in life. 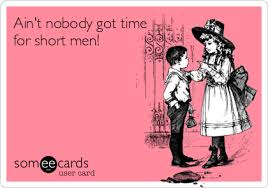 How do you move from being the best thing that happened to them to “I only like you as a brother”? And it’s all because of my height. It got to the point where I had to result to blind dating just because I also needed a girl who will not turn me down because of my height.

I will admit it has been hard because my height has limited the number of girls I can move to. I will admit there were times where I wished I was a little taller than I am currently but I guess at the stage I have gotten to I can’t do anything about so I just have to live with it. It is still cool being a short guy though.