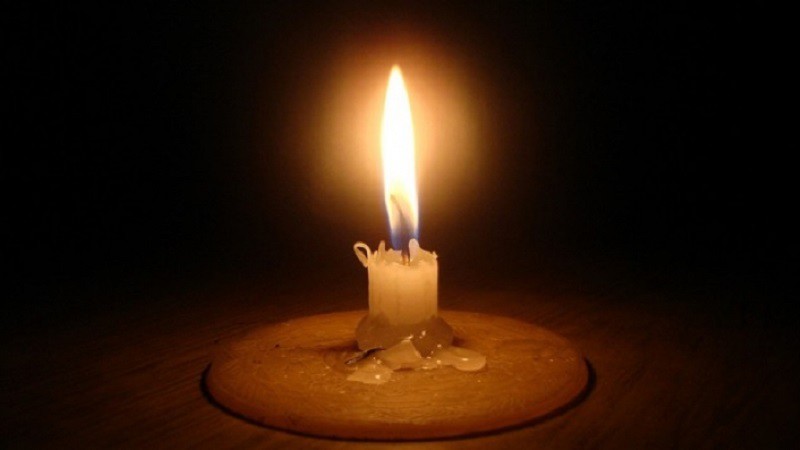 Many households in the country especially in Accra are currently experiencing 24-hour power outages and only 12 hours of power supply. The power crisis has intensified and it has even become worse than it was before. People are complaining about the current “Dumsor” and were calling on ECG to provide a load-shedding timetable. A load shedding timetable which was to take effect from next month surfaced on social media last week but ECG denied knowledge of such timetable. 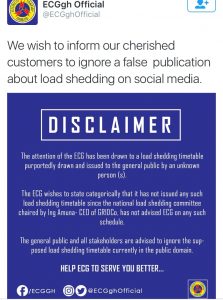 The false load shedding timetable that surfaced on social media 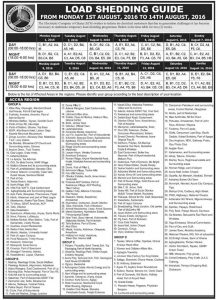 Most people took to their twitter to express their complains about Dumsor, Here are some tweets we gathered. 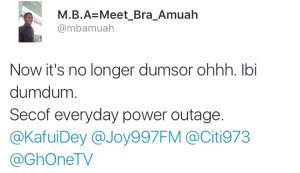 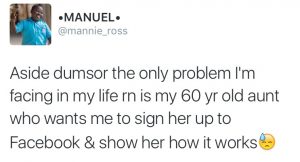 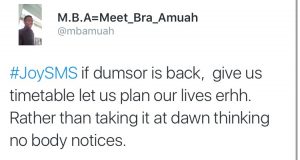 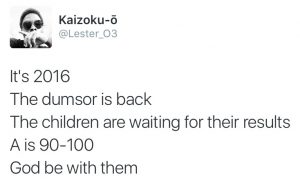 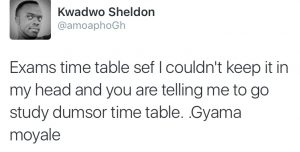 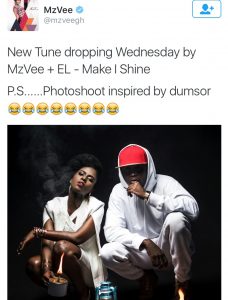 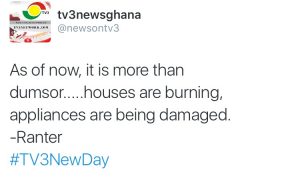 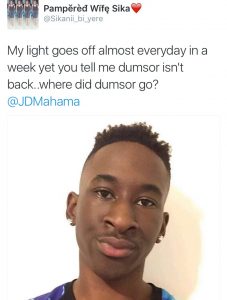 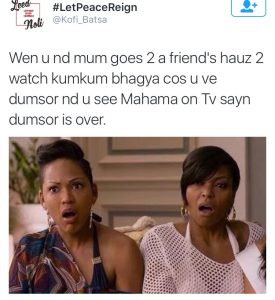 6 Types Of Flirts Every Nigerian Girl Might Have Encountered

Funmilola Onabanjo - July 16, 2020 0
All hail Nigerian guys. When they want to date a girl, they shower her with affection and some even go to the...

Face Mask Pairings That Can Make You Go Mad With Stress