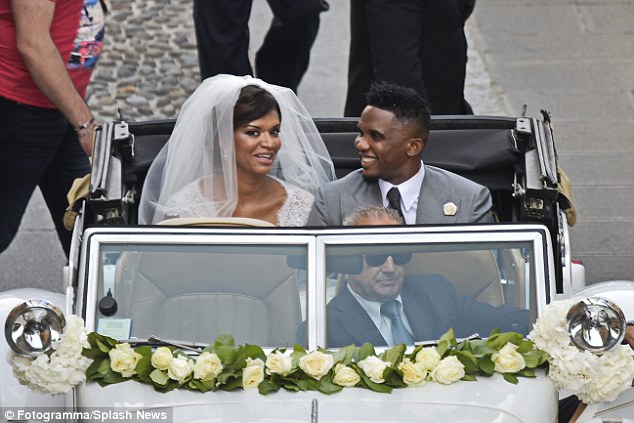 The year is half-way gone and it has seen a number of our sports celebrities say “I do”.Here are some sportsmen that have tied the knot so far this year. The Chelsea defender got married earlier this year to his childhood girlfriend Salma in a secret Islamic marriage ceremony. The two have known each other since they were young and they finally made things between them legitimate. The Cameroon international who plays his football in Russia tied the knot with his long time girlfriend Georgette Tra Lou, who is the mother of his two kids. Eto arrived in a classic car and dressed in fine grey suit.

This has been the Sports wedding of the year with Manchester United star Bastian Schweinsteiger exchanging vows with tennis star Ana Ivanovic. There was a lavish double wedding for the couple. The beautiful ceremony that took place in Italy was a ceremony full of white roses and the couple left on a water taxi.

He is not what comes to mind when you say a football player but technically he qualifies. Russel Wilson got married to singer Ciara in a private ceremony in England. Ciara had been dating the NFL star since last year after she broke up with rapper Future. Leicester City striker Jamie Vardy got married to his girlfriend Rebekah and the footballer confessed he couldn’t hold his emotions back when he saw his bride walking down the aisle. The ceremony was graced with the presence of celebrities like One Direction’s Louis Tomlinson.

Kelvin Prince Boateng got married to fiance Melissa Satta in a simple but beautiful ceremony in  Italy. The couple have been together for four years now and their son; Maddox Prince was the page boy of the wedding.