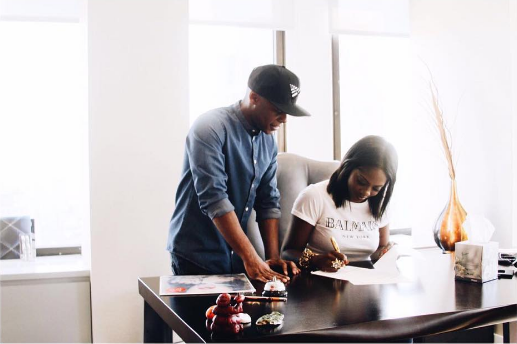 Roc Nation Signs Tiwa Savage And This Is What It Could Mean For HerRoc Nation, LLC is an American entertainment company founded and owned by rapper Jay Z. Talks of Tiwa Savage signing with Roc Nation began shortly after Jay Z announced that his cousin, and Roc Nation director of mobile strategies, Briant ‘Bee-High’ Biggs, had moved to Nigeria in search of new talent.

Tiwa Savage was welcomed to Roc Nation in style with the video for her song ‘Bad’ featuring Wizkid being put up exclusively on Tidal and the official Roc Nation site.

This Is What The Signing Could Mean For Her;

Tidal is a music subscription service for audio and video files. The focus is on sound quality and Tidal also promises exclusive songs and videos from artists. By signing with Roc Nation, Tiwa gets the chance to  make releases exclusively on Tidal, which means that illegal downloading and distribution of her material will be less of a problem for her than it is for other African artistes.

Roc Nation has a lot of big names like Jay Z, Rihanna, Big Sean, Shakira, Alicia Keys and T.I. among may others signed to it. Now being part of the “family”, access to big name international collaborations shouldn’t be as much of an issue to Tiwa Savage as they were before she was signed to Roc Nation.

Being signed to Roc Nation, which also has a hand in music distribution, the reach of Tiwa’s  music should increase exponentially. Through the enormous distribution channel of the company, Tiwa Savage has a chance to be heard by millions more than she is already reaching.

Congratulations to Tiwa on her new achievement.