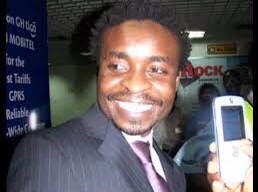 The Musician who was affectionately called ‘Ahuofe’ reportedly passed away this morning at the Korle Bu Hospital. He had been sick for about a month now. The news was confirmed by a source close to the late artiste.

The legendary singer who broke onto the scene with his hit single ‘Kokooko’ in the late 90s churned out consistent hit songs like ‘It’s Ok’, ‘You can’t touch me’ and ‘Ahuofe’ over the course of his career.

His career was interrupted for a while when he got saddled up in a drug trafficking saga. He returned to the music scene after the issue but his promising music career never went back to the level he had once achieved.

Daasebre will be remembered as one of the greatest contemporary highlife artistes to have come out of Ghana, amongst the likes of Daddy Lumba and Kojo Antwi.