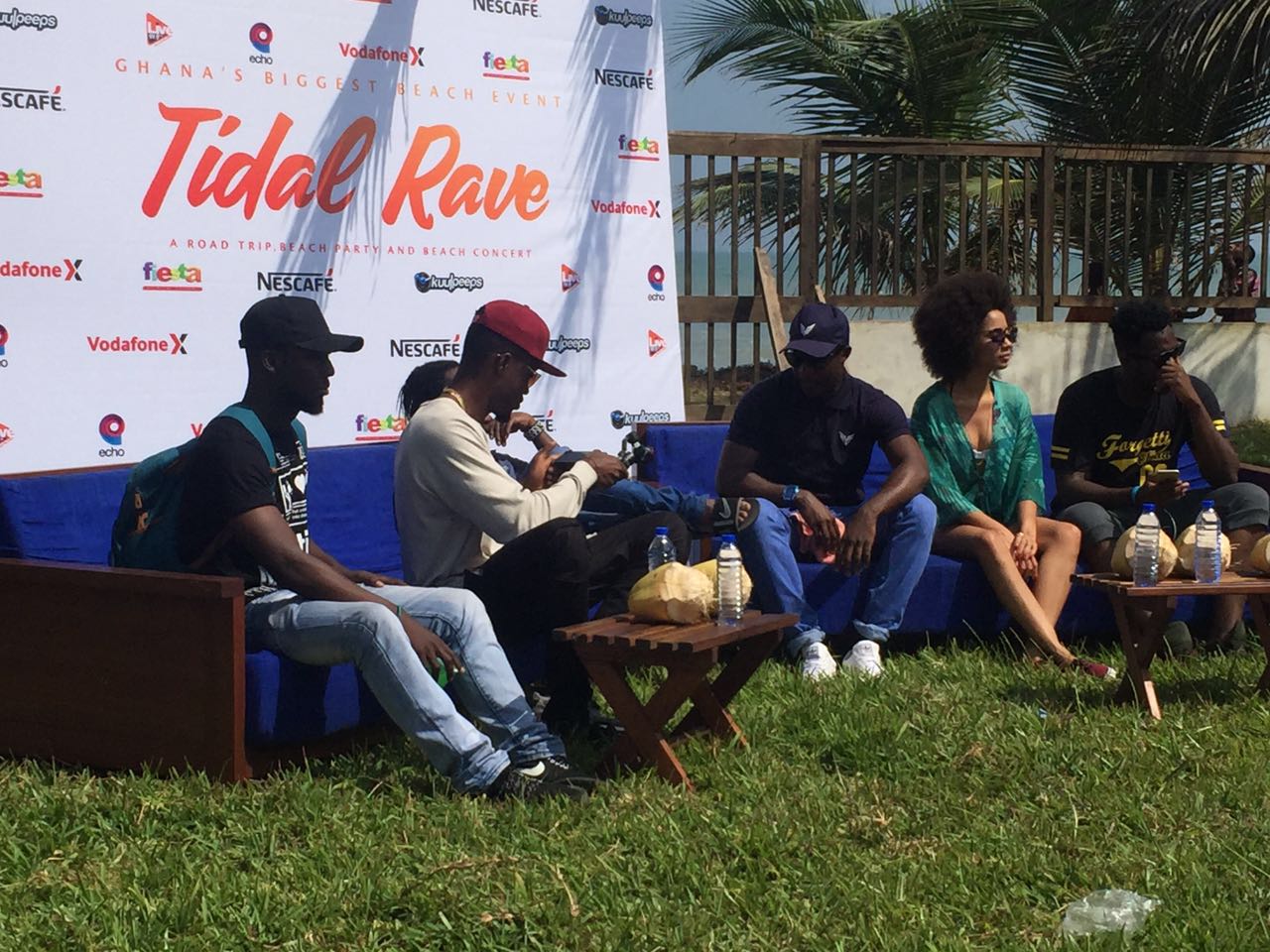 Over the years, Echo House has organized several events and Tidal Rave, the biggest beach event, is one of them.

The Chief Operations Officer of Echo House, Mr Bright Ayaaba, addressed the Press today, at the launch of Tidal Rave 2016. He gave a recap of how the event started and where it had been held previously and how awesome it will be. 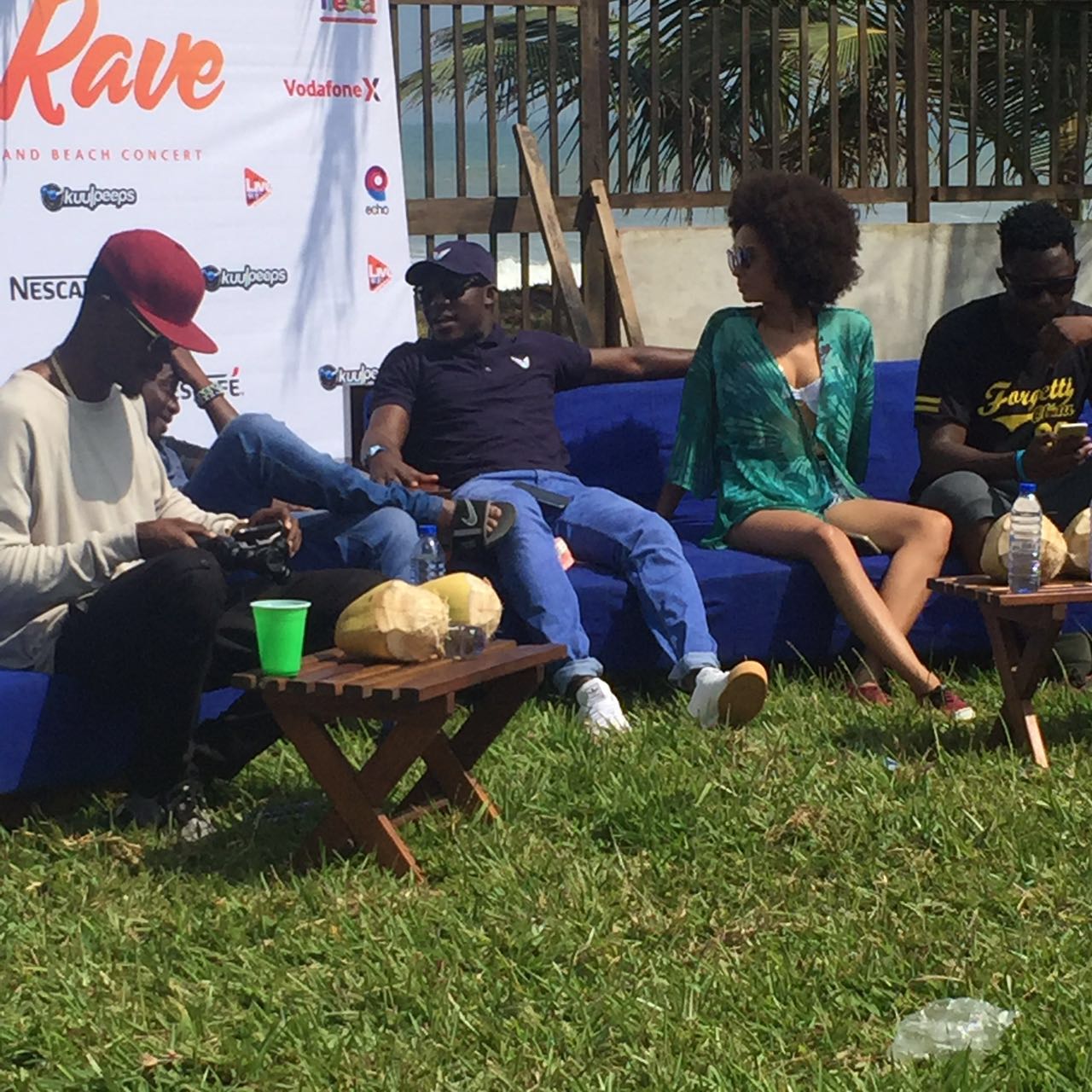 The said event, Tidal Rave, is set to happen on the 30th of this month at the Tidal Rave Beach House, Kokrobite. Activities planned for the event include, the road trip, drone racing, giant volley, beach jam and beach concert, dubbed ‘For the Rave in You’ this year and seeks to touch on all the things that have over the past years defined the sort of party goers at Tidal Rave. Artistes said to make appearances that day include Medikal, EL and Joey B.

Sponsors of the event include Vodafone, Fiesta Condoms and Nescafe.

The Press asked questions which included the question of security. For security, the Ghana Police, Fire Service and Ambulance Service will be available to prevent casualties and misbehavior. 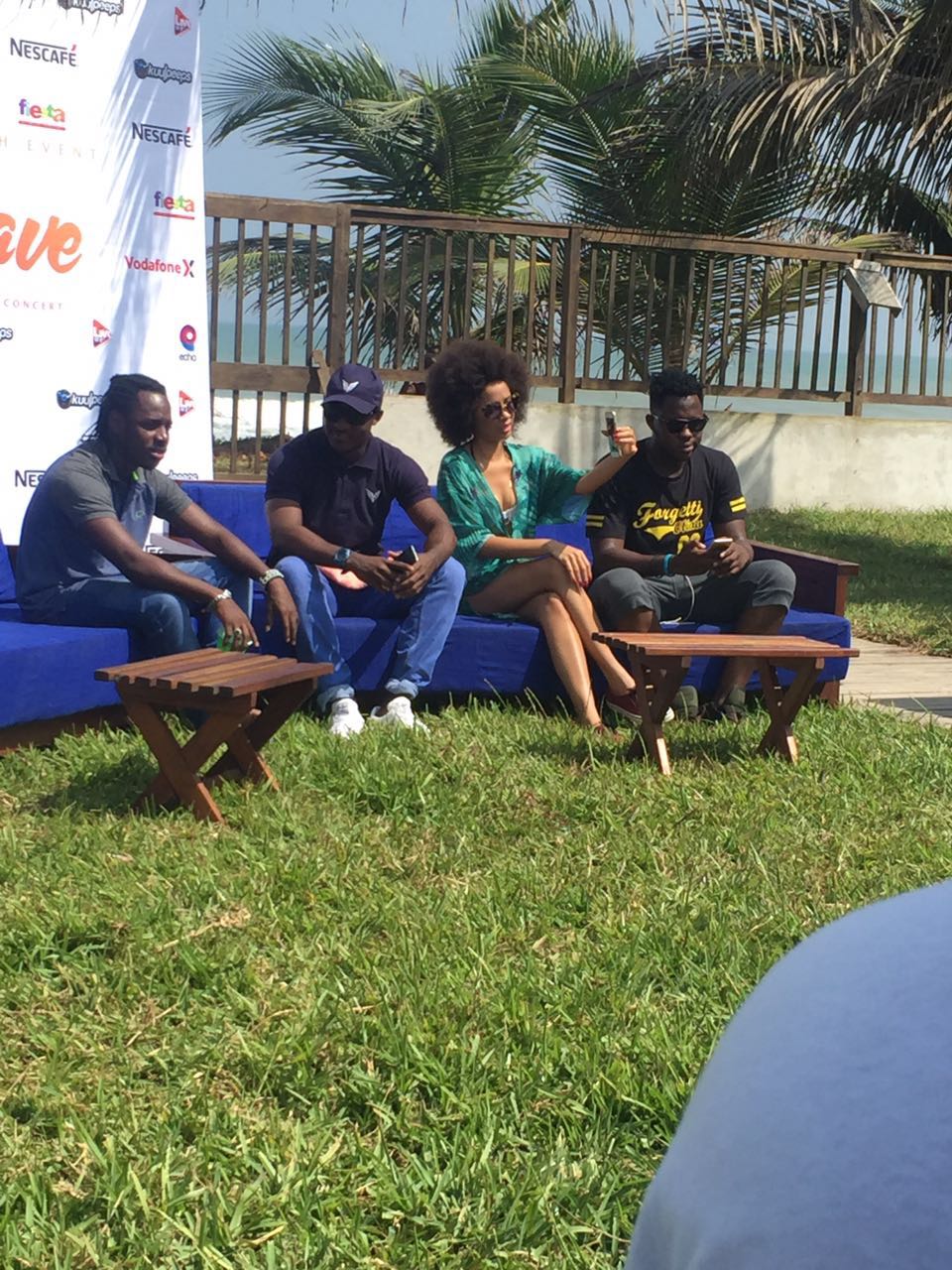 DJs for the event will be DJ Vyrusky and DJ Sheldon who promise on taking attenders on a trip around the world of music.

A Copy Of The Press Statement 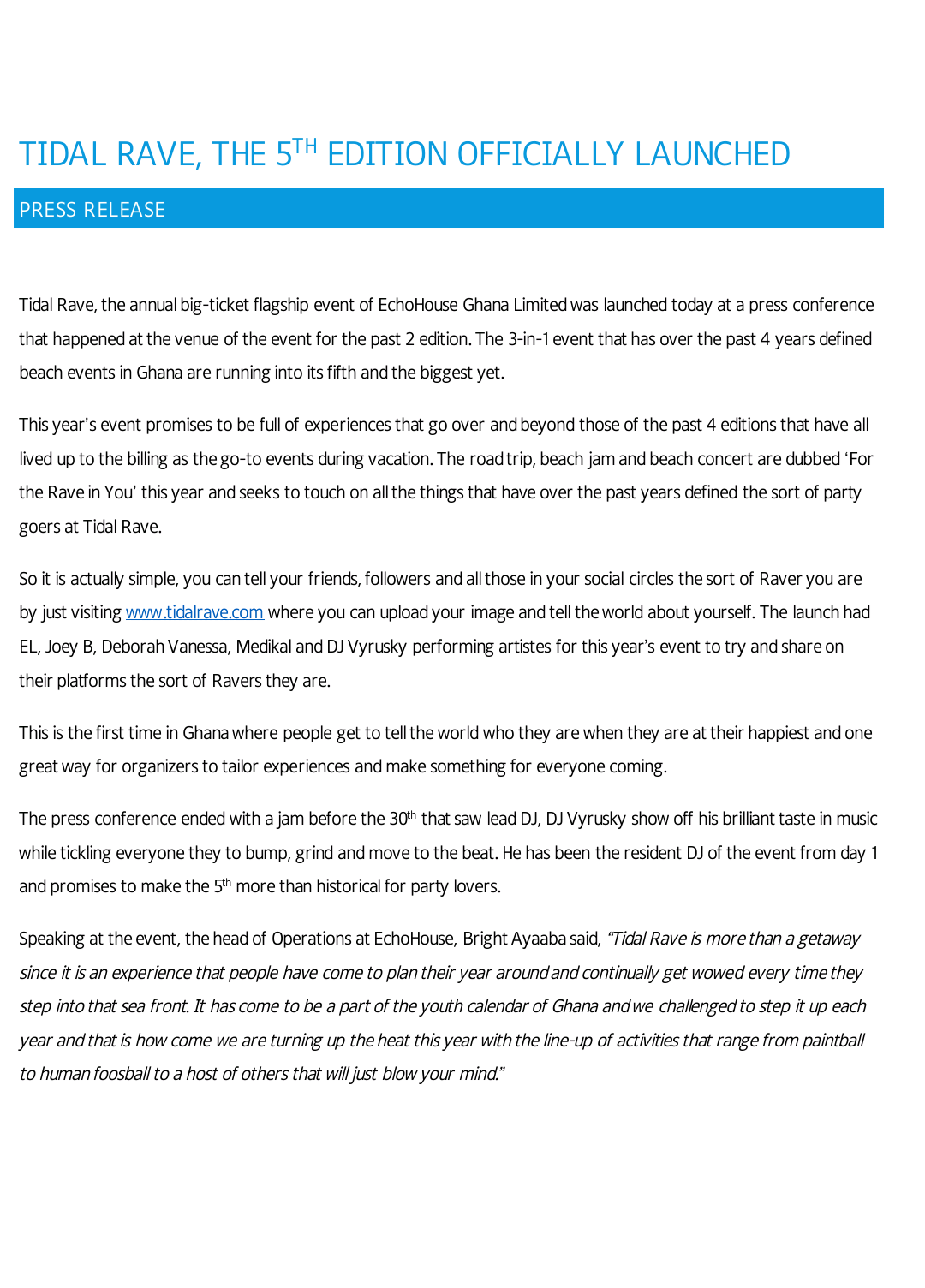