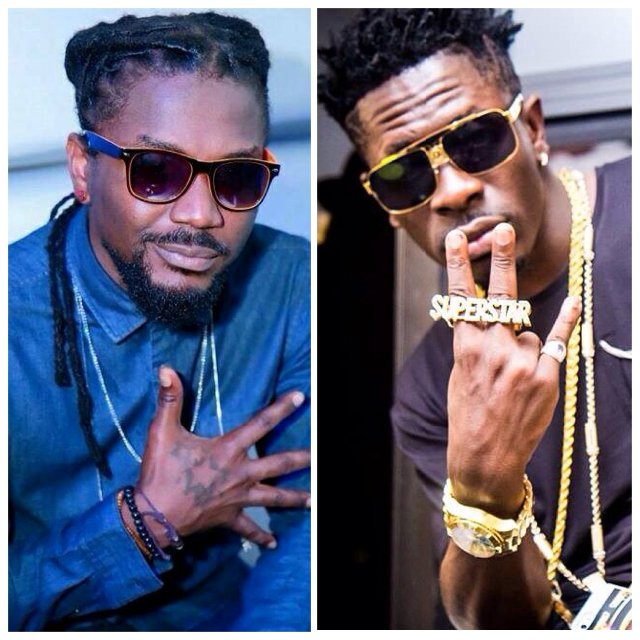 After Samini released Vextra which was believed to be throwing shots at Shatta Wale indirectly, Shatta Wale took to twitter and mentioned Samini after hearing the song. After teasing each other last week saturday on twitter, they continued tweeting at each other on tuesday too.

Here are the tweets.

Samini replied Shatta Wale’s tweet where he said he was making money in Kumasi at the moment. 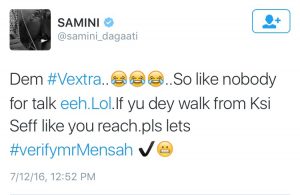 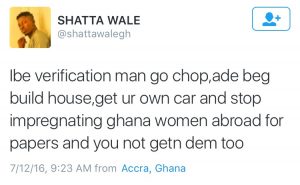 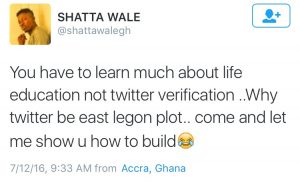 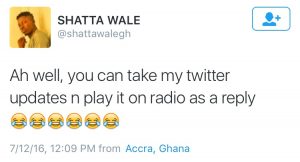 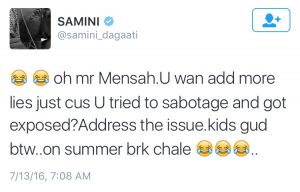 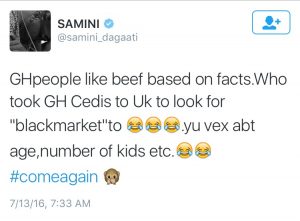 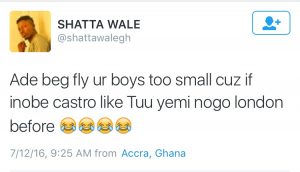 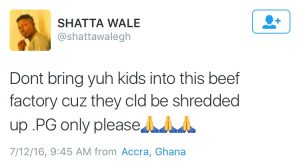 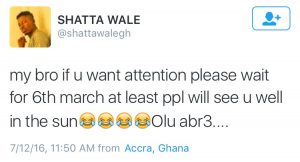 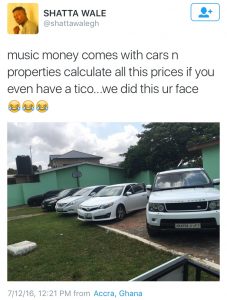 Shatta Wale finally claimed his reply to Samini’s Vextra will be out soon. 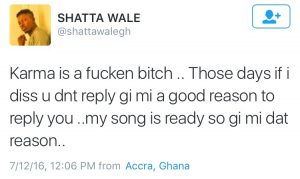