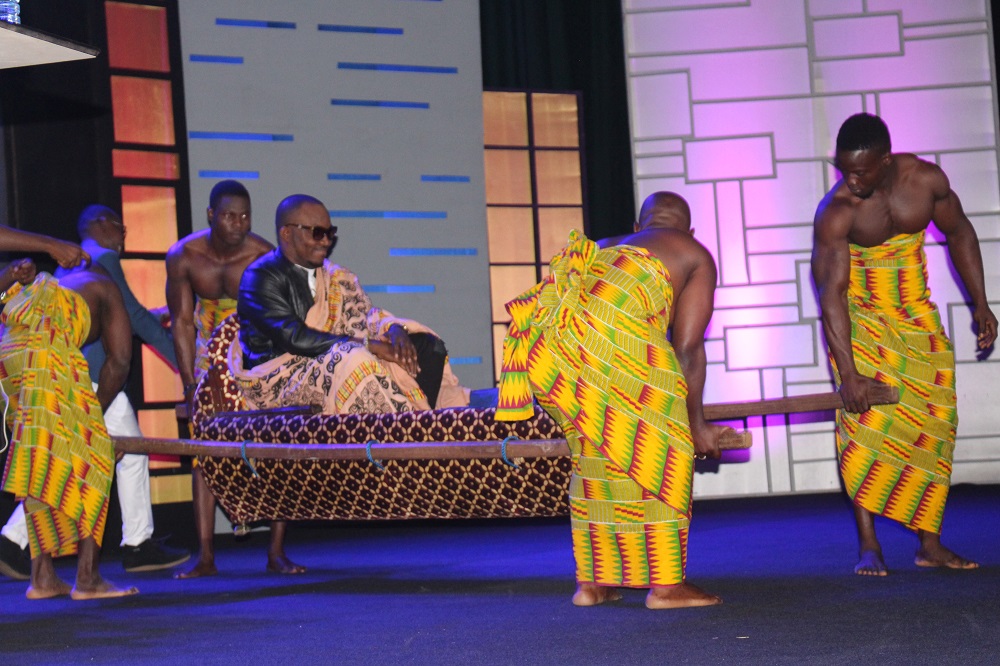 DKB’s Point Of View, a one man comedy show, took place on the 9th of July after having been preceded by a massive social media hype storm. According to reviews and the audience’s reactions, the show manged to live up to the hype, if not exceed it. At the National Theatre in Accra, Kwaku Sintim-Misa who opened for DKB, proclaimed DKB the new king of comedy.

“When I see DKB he says KSM you are the man and I say no, I was the man. Now you are the man. I am very proud of him, so it is my pleasure and my duty to introduce to you the new King of Comedy DKB,”

DKB’s performance included jokes on America and guns, laws on homosexuality in Africa and America, UK Visa acquisition and its fees, Indians and their head gesturing, Ghanaian politicians, police personnel and bribe-taking, Ghanaian musicians and many more.

Other comedy acts included James Brown, Khemical, Foster, Jacinta, Ajeezay De Non-faKing and Hogan, among others. The show also included musical performances from EL and Edem. EL stayed away from the subject of beefs altogether and instead just entertained the crown with his music.

I leave you with a gift of one of the nights’s jokes.

We love free ticket so much that I’m sure that on Judgement day when you tell a Ghanaian Heaven, Ghc 5 and Hell, free ticket Ghanaians will go to Hell.