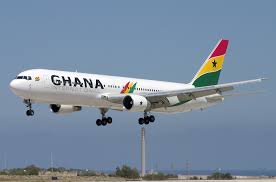 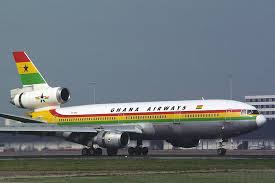 The Ghana Civil Aviation Authority (GCAA) who went on strike on Saturday as a result of non compliance to their demands have threatened to extend the strike to international operations.

The workers have demanded from the government some acres of land which belong to the GCAA for the installment of necessary aviation equipment for aviation monitoring. However, a meeting they had with the Chief of Staff on Monday morning did not produce the desired results.

A decision to offer 20 acres of the said land at La Nkwantanang, Adenta was refuted by the workers on the basis that it was too small for the intended purpose, leading to their strike on Saturday. This affected domestic airline operations.

A representative of the Union, Mr. Amoako was of this opinion:

“We want the whole 640 acres for our current, medium and long-term development. If we take charge of the land, then we can negotiate with the developers, that is what we are asking for. But concerning the portions that we need for now, half of the land can be used for our installation.

If what is being offered is still woefully inadequate, then I am afraid we have to resort to the action again.

We are prepared for anything. The question we should be asking is, is the country prepared for an eventuality that would happen if these vital equipment are not installed?”

The Union workers claim they are prepared for whatever sanctions may be meted out to them on their stance and have not given assurance that they will provide services as talks considering the issue are ongoing.