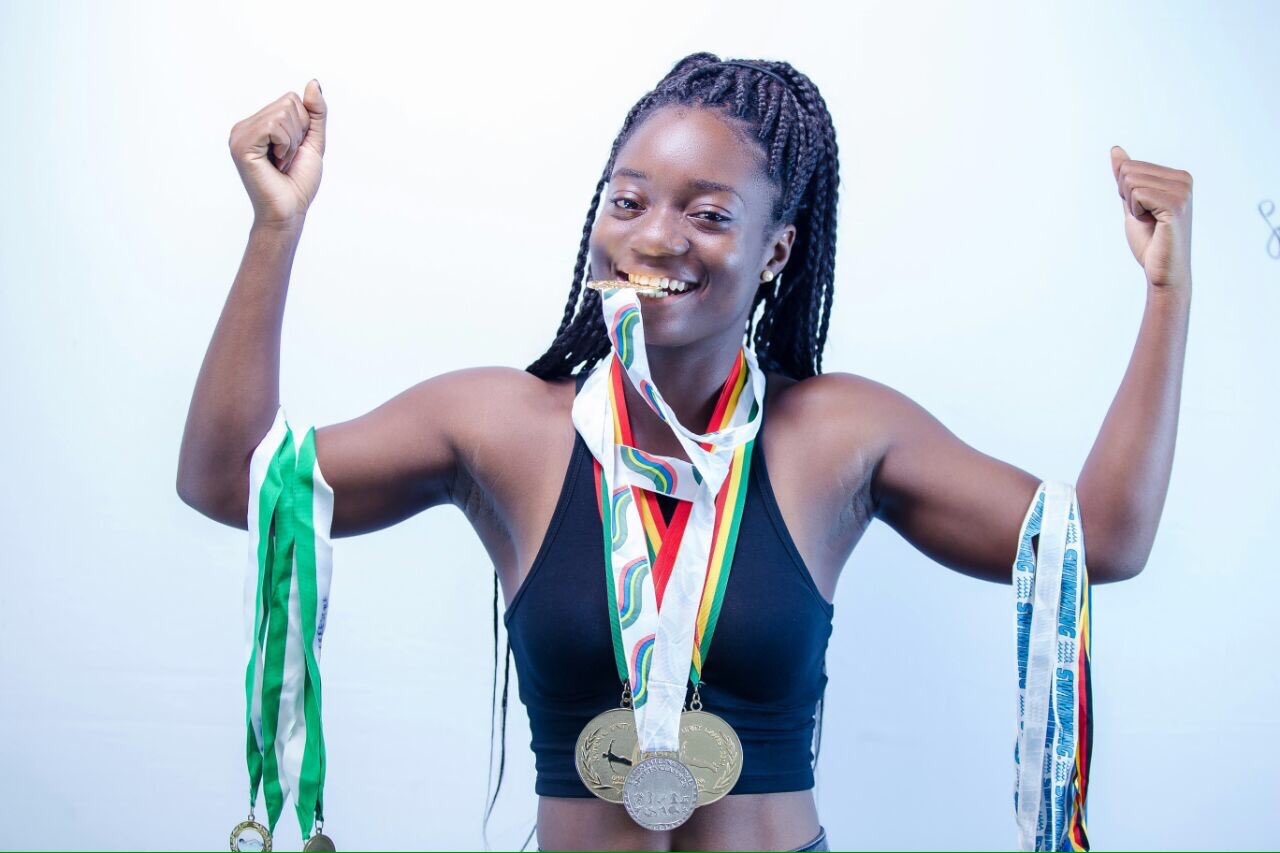 The news this week has been full of talk about kings and gods that we might as well have been transported back to ancient Egypt. If you haven’t been paying very close attention, here’s what you missed. 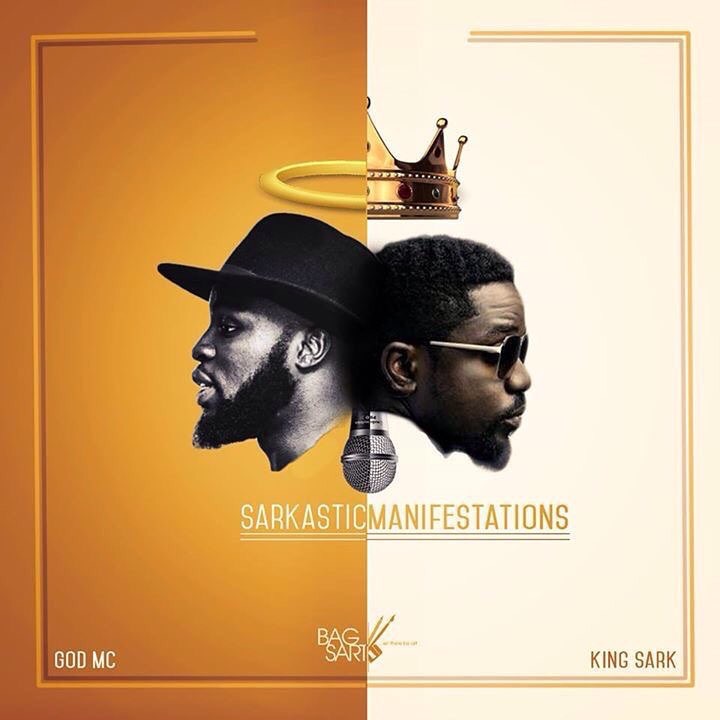 All week, all that everyone was interested in hearing about was what was up with Sarkodie, M.anifest and EL. These three, kings in their own right, headlined this week because of speculations that they had attacked one another’s musical prowesses in songs that they had released. What started this domino-effect of diss songs was EL’s King Without A Crown song, which people felt was aimed at Sarkodie, who subtly replied with Bossy. Before anyone knew what was happening, M.anifest (who by general consensus has lost this battle) came at Sarkodie with godMC which Sarkodie, who was by then in Canada for a concert, rebutted with Kanta. Kanta sent waves into the music community from the moment Sarkodie shared it on his Twitter, gathering 500 retweets in under 30 minutes.
Though both rappers don’t blatantly mention each other on their songs, they hint pretty strongly at each other and that’s all the confirmation fans need, honestly. The king versus god beef haste sued the loyalties of fans of Sarkodie and M.anifest; M Dot’s fans proving that they’ve got their godMC’s back no matter what, 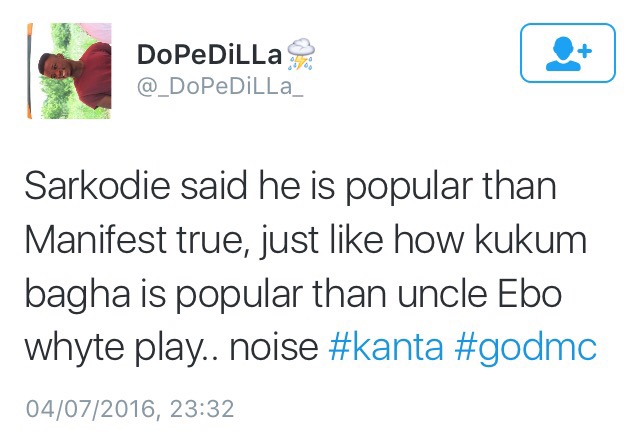 and musicians and other big names in music making it clear who’s side they were on in this beef. 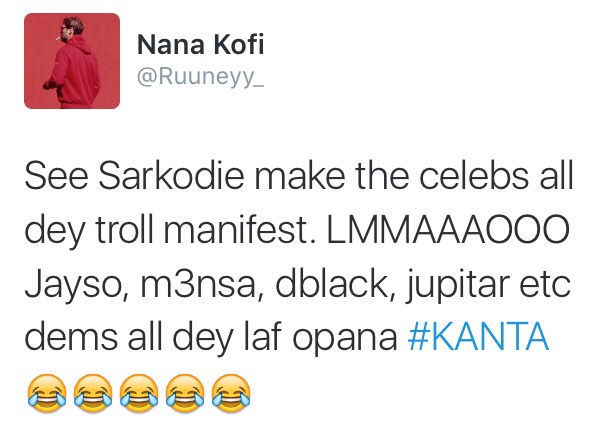 Both artistes have been silent about the beef in the past few days, and this tweet perfectly summarises all our thoughts; 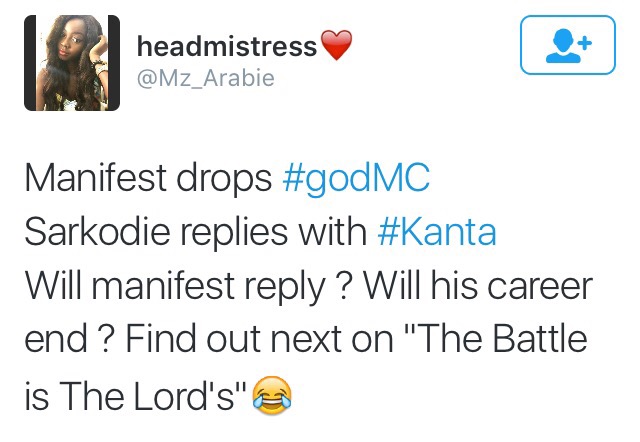 Though it has been a very noisy week for these rappers, it’s not quite time to turn down yet. Not for Sarkodie, at least. He turns 31 today so he’s got license to get louder. Happy Birthday and here’s wishing him Sarkcess in the year ahead! 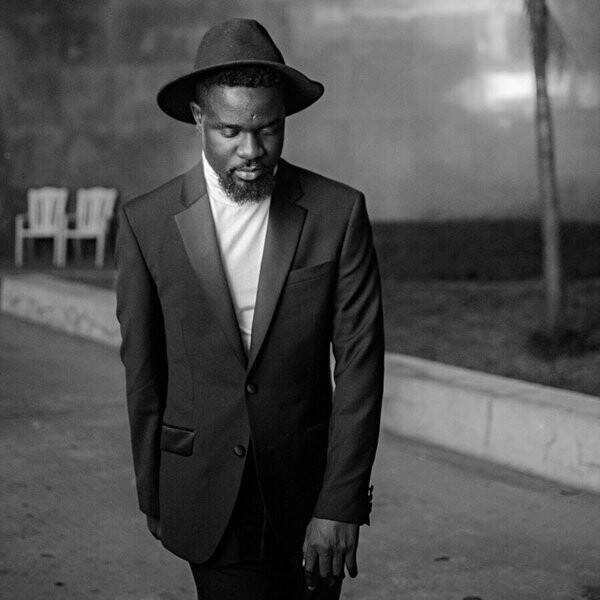 Speaking of noise, Sarkodie may have blown the whistle too loud when he announced on his Facebook on Monday that for about a month now, Obrafour had been in the hospital because of a condition that he claimed had gotten worse. He asked the general public for their prayers for the legendary rapper. Though Sarkodie may have been operating under good intentions, it appears he might have done some damage because Obrafour posted on his Facebook the very next morning that he was doing a lot better and that everything was “back to normal again”. He thanked everyone that had called him, visited him or offered support in any other way. Either Sarkodie’s petition for prayers worked a miracle, or Obrafour’s team is doing some damage control and want to keep his hospital stay as low-key as possible.

Another musician that’s in the hospital is OJ Black. OJ Black was rushed to the hospital yesterday after he suffered a double kidney failure, according to reports. 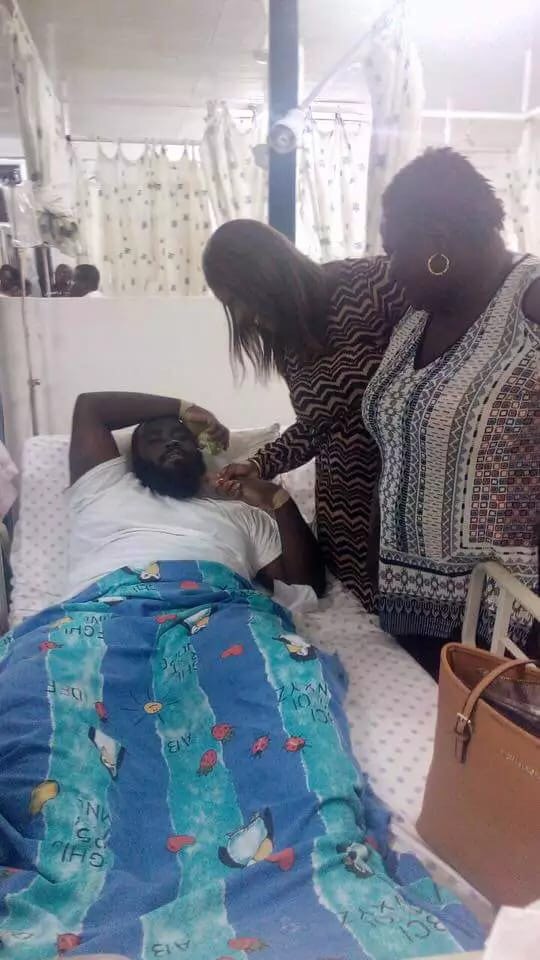 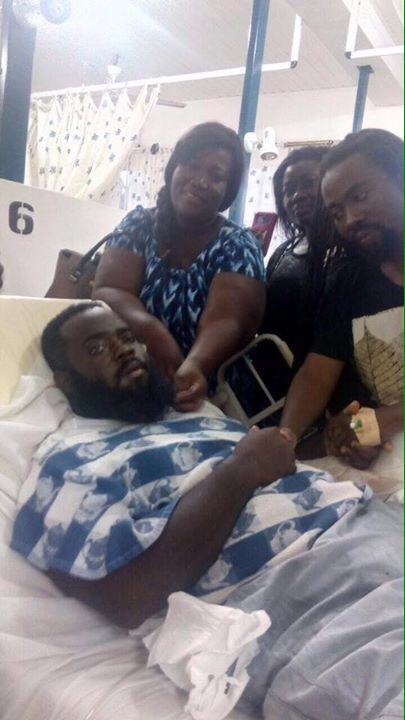 Pictures that were uploaded to social media by George Britton, who manages Keche, show the Chalewote rapper flanked by his family as well s Obrafour (who still has a syringe plastered to his hand).

We wish the two a speedy recovery.
Now that I mention speed, Ghana’s fastest swimmer Ophelia Swayne has been suspended indefinitely by the Ghana Swimmers Associated for defamatory allegations she levied against Mr Andrew Forson, the father of Kaya Forson, the 14-year-old swimmer that is representing Ghana at the Olympics in Rio this August. According to Ophelia, Mr Forson paid “loads of money” so that Ophelia be replaced by Kaya. 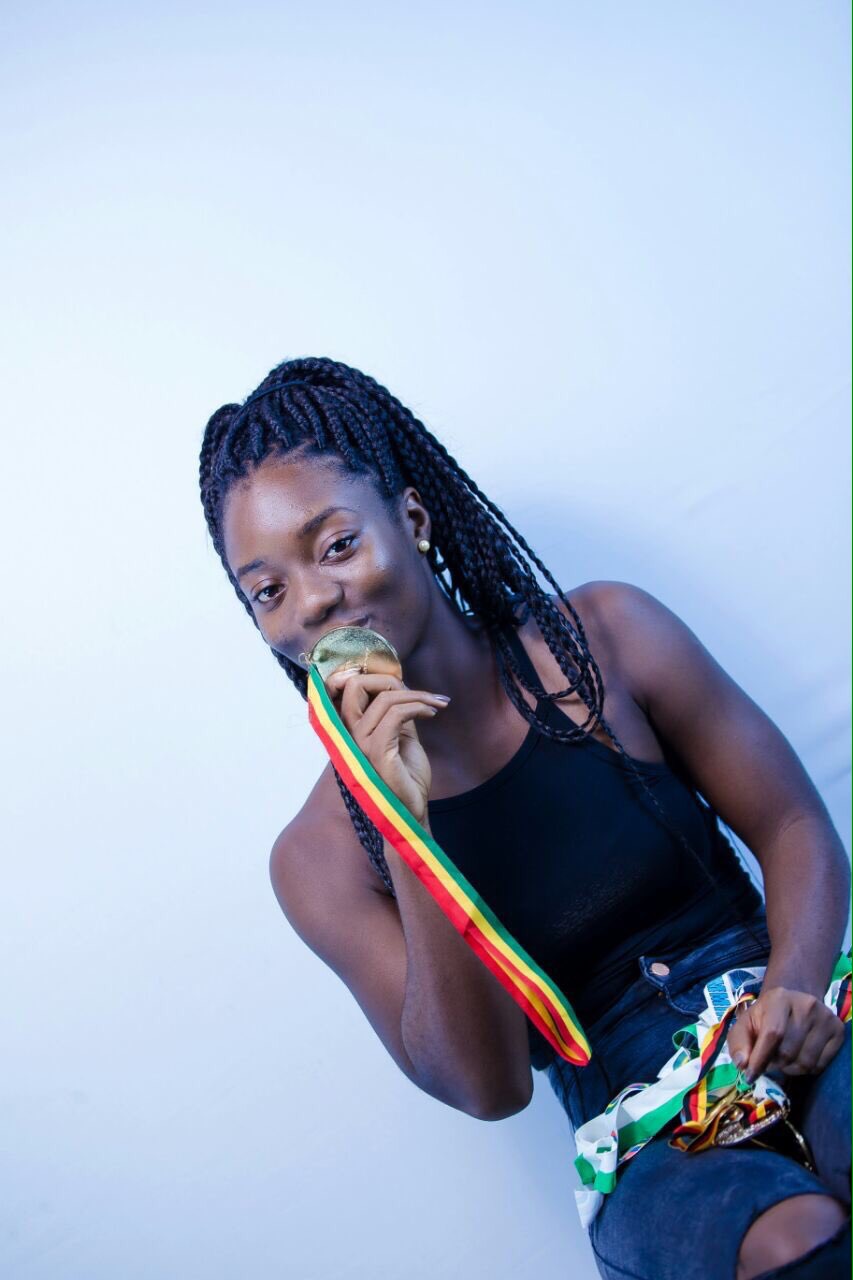 Ophelia has since apologised to Mr Forson but the president of the Ghana Swimming Association, Mr Theopilus Edzi, says until Ophelia makes a public apology to the Association and to him, she is not allowed on the Ghana National Swimming team.

Oh dear.
There seems to be a suspension bug going around and it has caught Kojo Yankson in a somber mood. The host of the Super Morning Show was slapped with a 3-week suspension starting last week for a statement he off-handedly made about Mahama; a joke that listeners may have taken a little too seriously. Well if Kojo’s Instagram is anything to go by, he is pretty beaten up about it. He’s been leaving cryptic but not-so-cryptic posts that basically tell how much he wants to be back on air and honestly it’s giving me the feels. 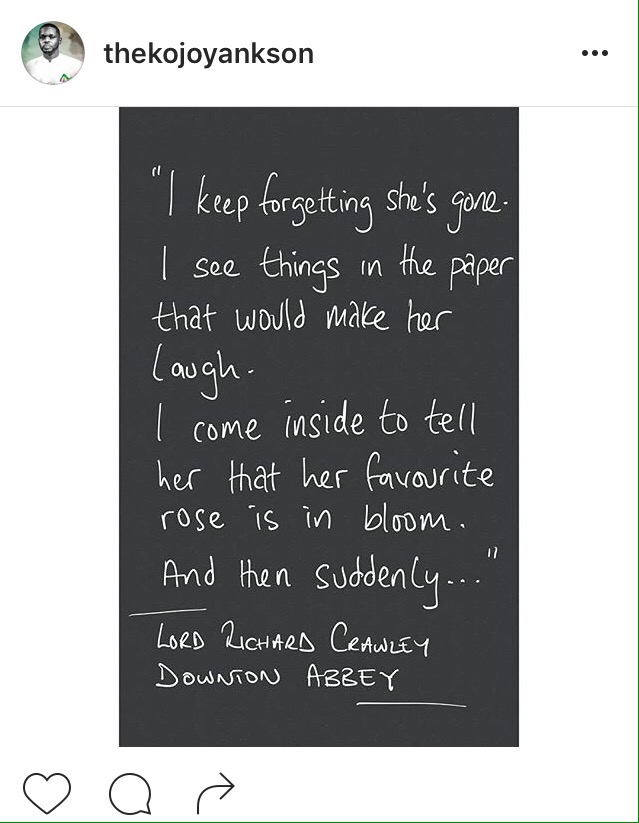 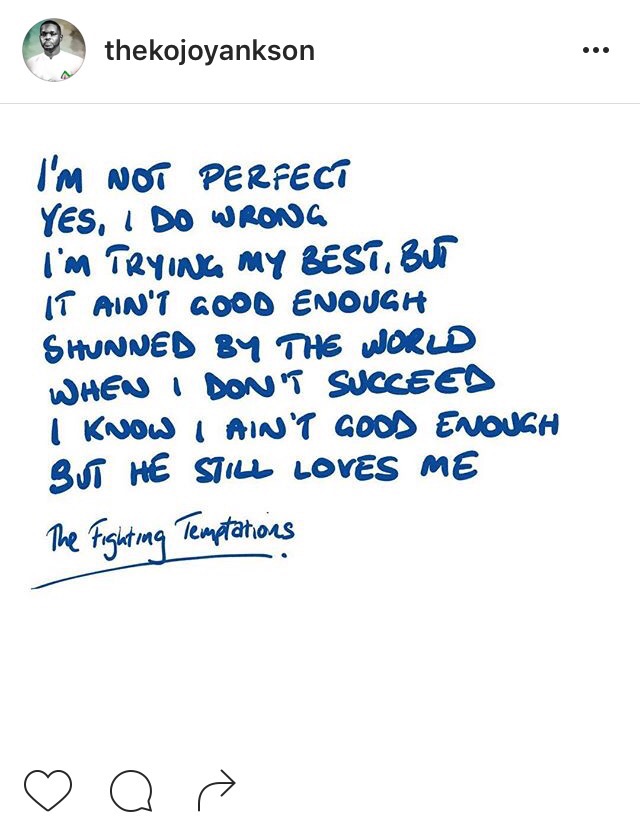 His suspension ends on the 17th of this month.

That’s all for this week. Have a great week.