BNI Detains Panelists Who Threatened The Lives Of Judges 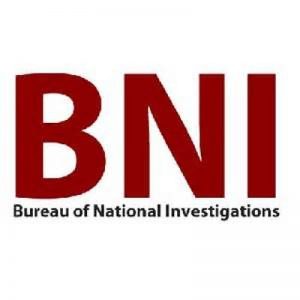 The Bureau of National Investigations (BNI) detained Alistair Nelson and Godwin Ako Gunn, who in an interview on Montie FM, on June 29, 2016, allegedly threatened to unleash mayhem on Supreme Court and High Court judges in the country – claiming that they know their residence. The two were detained on Sunday morning following the call by the Ghana Bar Association (GBA) on the Inspector General of Police (IGP)  to as a matter of urgency, arrest the two radio panelists who threatened the lives of judges in the country.

The Living Arts Centre in Mississauga, Ontario, Canada was on of fire as Sarkodie together with DJ Mensah, UK based group Composerz and Gasmilla gave a large number of music loving fans the time of their lives. With a great performance from his wide catalogue of music, fans could only beg for more.

Black Stars’ captain, Asamoah Gyan, has sued controversial talk show host Salifu Maase (Mugabe) of Montie FM and Akua Donkor (founder of Ghana Freedom Party). The striker sued the duo over allegations that he is a bankroller of the opposition New Patriotic Party (NPP). Asamoah Gyan has denied the allegations publicly and is resorting to the court for “general damages for libel contained in the defendants’ publications.”

Veteran Nollywood actress, Bukky Ajaye died this week after having her 82nd birthday celebration on Monday, 2nd July. Until her death, Bukky Ajayi couldn’t walk with her two legs for a while. She is said to have died of weakness as she was not able to eat for two days. RIP Bukky Ajayi.

Stampede In Kumasi During Sallah Jams

A stampede at the Asawase Community Center in Kumasi on Thursday claimed 9 lives (6 females, 3 males). It is not clear the cause of the stampede but according to a survivor, a fight broke out in the building and those inside were in a hurry to get out. The event at the community center began at 8 p.m. was to end at 2 a.m. It was overcrowded with a reported 500 to 600 people in attendance. Investigations are however underway to ascertain the cause of the stampede.