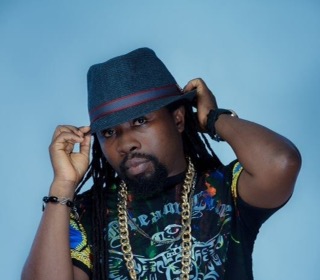 In the wake of reports that began to circulate yesterday about Obrafuor’s ill health, the 40-year-old Nkontompo rapper this morning put a post on Facebook thanking everyone for their calls, support and prayers.

SEE ALSO: Obrafour Has Been Hospitalised

The worrying reports of Obrafour’s health came yesterday after Sarkodie took to his Facebook to say that Obrafour had been sick for about a month and asked Ghanaians to pray for him. A representative from Obrafour’s team also confirmed the news to Zionfelix.com, but as it turns out Obrafour  is feeling a lot better this morning, if his Facebook post is any indication. 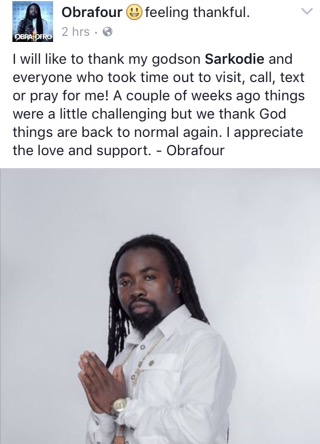