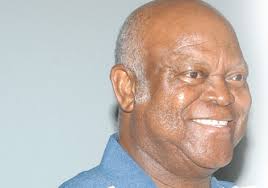 The Ex-GFA boss, Ben Koufie aged 84 is reported to have passed on. This occurred on Monday at the Korle Bu Teaching Hospital after a short illness.

Throughout his life, Ben Koufie played an instrumental role in football. He started his career by playing club football for Ebusua Dwarfs and Cornerstones. After he retired from being a player, he became a coach for the Ghanaian side and managed Zimbabwe from 1988 to 1992.

He also led Ghanaian club Asante Kotoko to the Africa Club Championship in 1971 and proceeded to lead the Great Olympics to semi-finals a year later. He was also coach to the Ivorian team African Sports .

There has been an outpouring of tributes from football clubs..

Our thoughts are with his family.