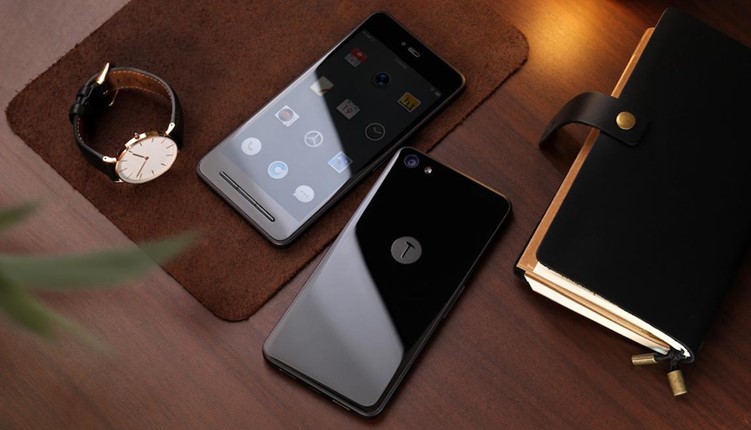 The world of technology is one that changes almost as fast as The Flash would change clothes. It is so rapid and dynamic that we often end up sticking to the ones we have known for the longest time. To name a few, the iPhone and Samsung galaxy series, all well and good but there are other phones that still do the job depending on what that job is. Five such phones are what you see before you today (some of them look cooler than the iPhone or Samsung…just saying).

The Robin phone by Nextbit is a next generation smartphone that is branded as not just being a smartphone, but also being a smart smartphone. It merges cloud storage and on-board storage in the most seamless way. It automatically backs up your videos, pictures and even your apps into cloud storage. The best part is yet to come! Anytime you are connected to a wireless fidelity (Wi-Fi) source and your computer, it has the ability to create space for you on your device by archiving the apps and programs you do not normally use. The struggle of finding what to delete to create space for…other materials is over as it stores everything onto the cloud and leaves nothing behind till you decide to restore it onto your device. Sort of like a recycle bin for your phone. It has fingerprint identity capabilities as well as encrypted storage and Google authentication which saves all password troubles for you.

For those of you who believe you were meant to be travellers or already are moving around, this is the phone for you. Ever wondered why your phones never lasted the stress from the outdoor activities you engaged in? It’s simply because they were not made to have so much fun outdoors. With a body able to withstand being dropped from a height of up to 2 meters, the Sonim XP7 will never let you down. It’s got your back. It can also hold its breath for thirty minutes at a depth of up to 2 meters, you can safely swim with the fishes without bringing along that Ziploc bag you were thinking about for your S7 (or 3310). What more can this phone offer you dear traveler? A 4800 mAh battery with 40 hours of talk time and over 100 hours standby time, that’s what.

A flagship phone made in China is most of the time thought to be a spin off from some multi-national type like the iPhone or Galaxy series. Allow me to change your view on this subject. The Smartisan T2 is a metal bodied 7.53mm thick smartphone sporting two volume rockers, one on each side of the camera in respect to whichever hand you may be more comfortable with and fully adjustable to cater to your pressing needs. The T2 also has the classic physical buttons at the bottom of the phone of which the middle button doubles as the on or off button. With the trending gif sensation going on over social media, this phone is built with gif generation software so you don’t miss out on making your gifs viral. As well and good as all this sounds, it does have its setbacks. It comes without the possibility of expanding your memory so you would stuck with either 16 or 32 gigabytes of space. Ouch! It also does not have a USB-C port which we have all come to know and love. Any plans of sharing cables should be fading away by now.

Blu phone models have gotten quite popular in the Ghanaian market. Ladies and gentlemen, I give you the Blu Vivo 5. With an aluminium body being its major feature with android 5.1 Lollipop fully upgradable to Marshmallow, the only way to go for this phone is up. It has however made scarifices for the sake of price in terms of display quality as it has 720p display as compared to the 1080p of other phones of this nature. The Blu Vivo 5 comes with double=SIM capabilities and a 3150mAh non removable battery. For a phone with these specifications it is quite affordable.

The Alcatel brand has also come to stay in Ghana as Blu phones have. It is of importance to recognise the impact they are having on the country, providing the less affluent the same cellular prowess as any other person. Last year they hit hime hard and fast, introducing the Idol 3 Alcatel model onto the market. A bit about this model, it has an Android 5.0 Lollipop with a reversible interface (turn the phone upside down and the interface turns as well with a double-tap lock screen feature. Any JBL fan will know just how great their speakers are, now they are built into this model phone, two birds, one stone. After so many tries and fails, they have stepped up some more to deliver an affordable flagship phone.