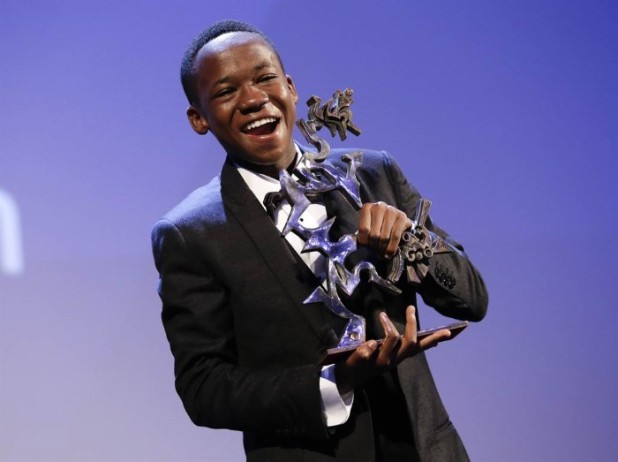 Young Ghanaian actor, Abraham Attah has paid a courtesy call on the US Embassy in Ghana as part of his efforts at getting people on board for his upcoming #AbrahamAttaGhanaSummit which is geared towards educating the youth on their role towards a peaceful election ahead of the upcoming 2016 general election.

Prior to his visit to the US embassy, he had paid similar calls on Member of Parliament of Assin North, Hon. Kennedy Agyepong, the British High Commissioner to Ghana, Jon Benjamin and CEO of EIB Network, Bola Ray.

During his visit to the US embassy, the Beast of No Nation actor met Ambassador Robbert Jackson and among other things discussed his work, his upcoming summit and the role young people can play in ensuring a peaceful election.

The actor sought the assistance of the US embassy in his pursuit for peace as the country draws closer to its general elections.