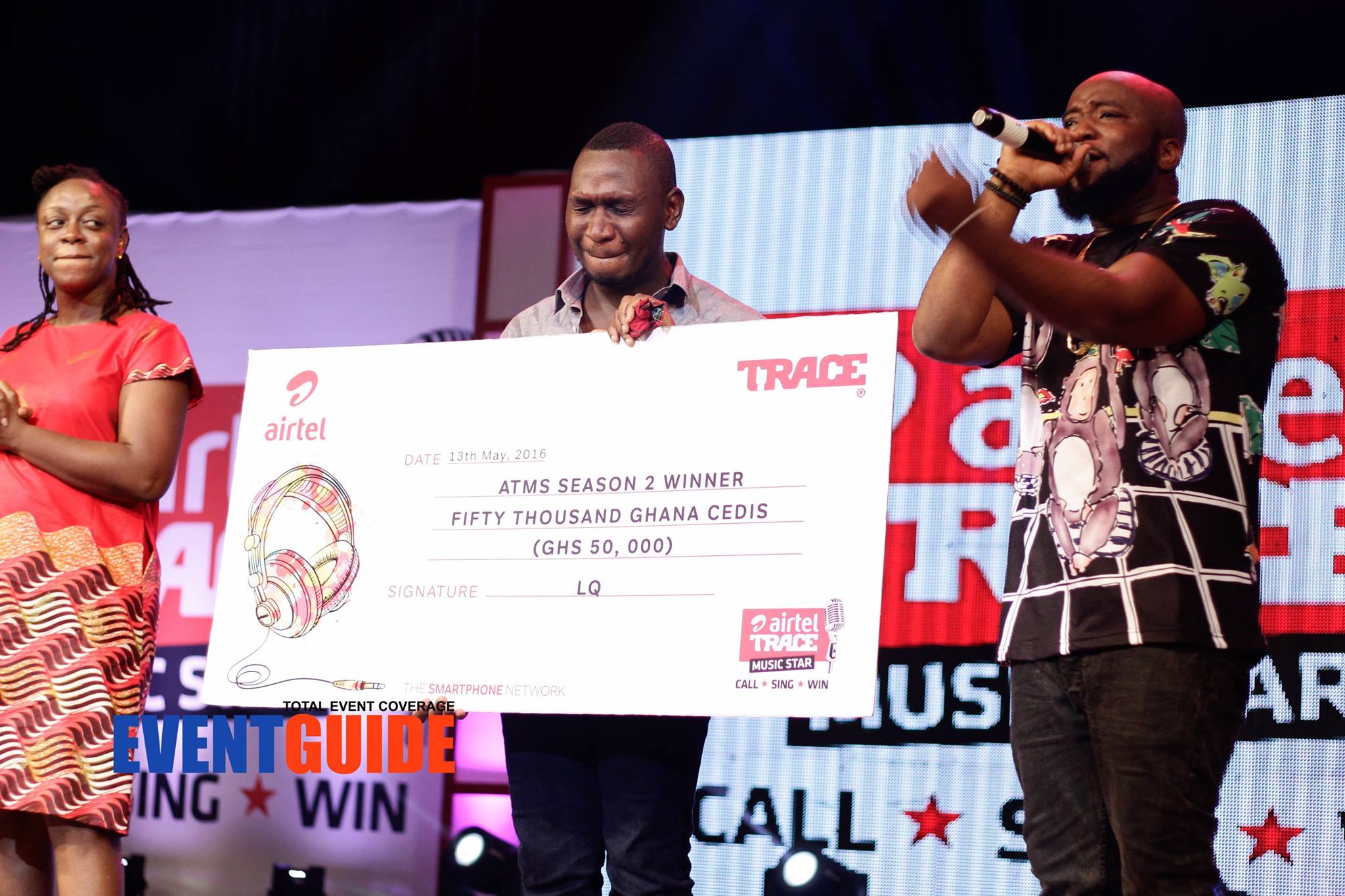 After two months of competitive music talent search, Moses Ugheighele emerged as the winner of the Airtel TRACE Music Star in Ghana. Out of the five contestants who were finally selected by a team of distinguished judges, Moses stood out as the best in terms originality, voice pitch, tone and creativity. He was exceptionally different.

After winning a cool GHC 50,000, Moses now qualifies to represent Ghana in Nigeria for the Pan African main event. The overall continental winner stands the chance of grabbing a life changing contract with a record label, a mentorship program with American singer-songwriter Keri Hilson in Atlanta and worldwide media exposure through various TRACE’s platforms.

Harry gave Moses a tough competition, the judges consistently commented on all his three performances that though he is good, the swag overshadows the talent. They added that; Ghanaian rather need a representative on the African stage with the talent. Harry ended up as the 1st runner up.

YFM radio presenter Trigmatic was the MC for the night while the judges were Reggie Rockstone, Becca and Sammy Forson. Mr. Eazi, Joey B, EL and songstress Efya all performed to make the event a success.