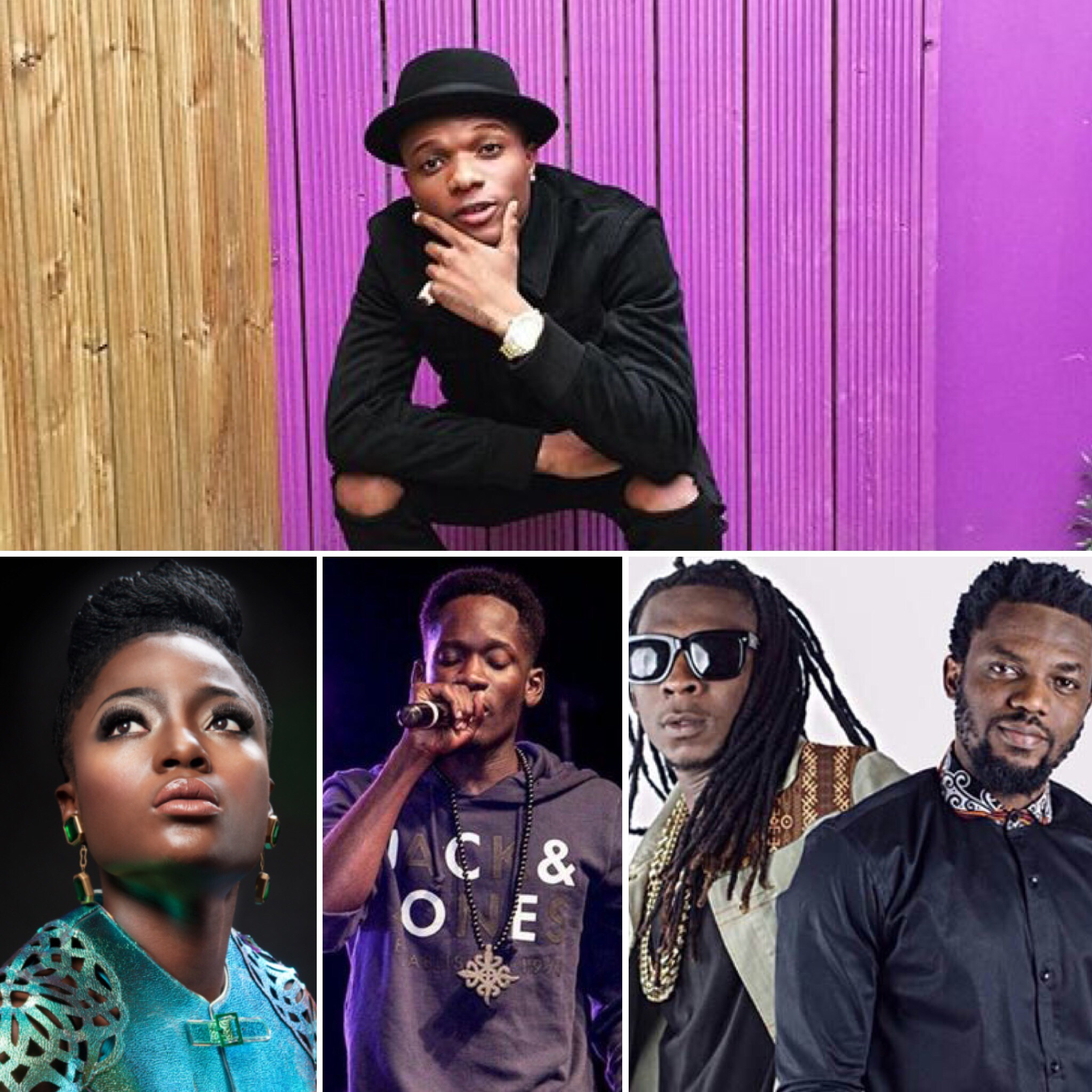 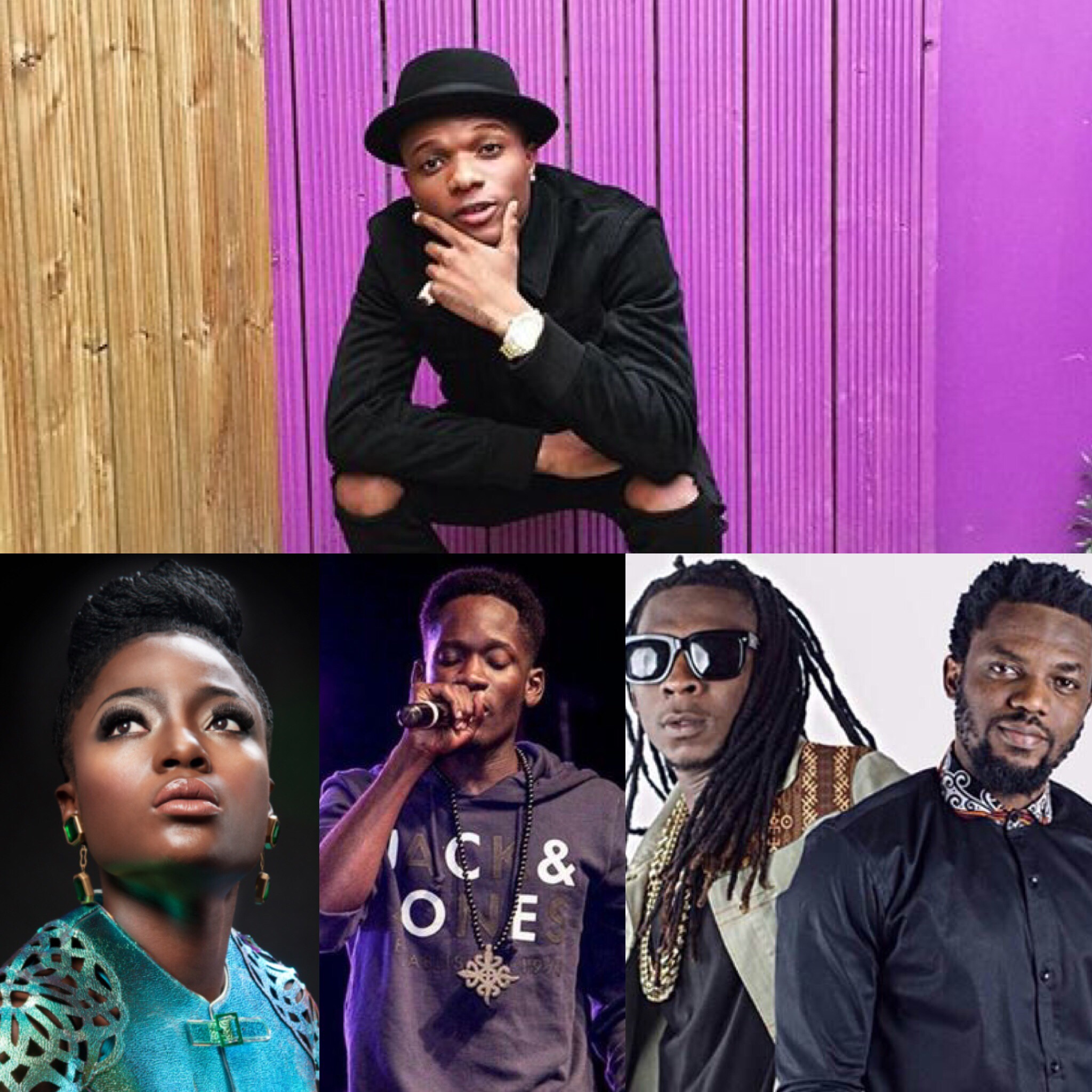 In a surprising revelation at the just ended Vodafone Ghana Music Awards, Nigerian Afropop artiste and Head of Starboy Records, Wizkid announced on stage that he had signed Mr. Eazi to his Starboy Records Worldwide label. He made this announcement when he brought his fellow Nigerian artiste on stage with him.

That was not to be the only surprising news the ‘Ojuelegba’ singer had for Ghanaians and Africans. At the end of his performance, he announced the four artiste he needed Ghanaians to support from Starboy Records. The list included himself, Mr. Eazi, Efya and R2Bees. 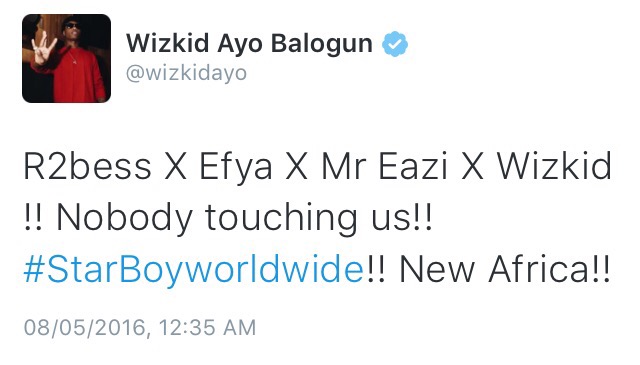 As big as this is, it is not particularly surprising. Efya and R2Bees have been Wizkid’s biggest Ghanaian celebrity friends from the early days of his career so it would make sense that they would be the ones to get signed by the fastest rising African artiste. When it comes to Mr. Eazi, what most people expected to hear from the two was a remix to Mr. Eazi’s hit song ‘Skintight’ on which he featured Efya. This is because Wizkid posted an image on his instagram a month ago which seemed to point to such a project.

Considering that all of these artistes are already signed to their respective record labels (Mr. Eazi with Meister Music, Efya with One Nation Entertainment and R2Bees with their own R2Bees Entertainment), the likely terms of the deal will be global distribution especially outside Africa.

UPDATE: Omar Sterling (Paedeezy) is the President of Starboy Worldwide 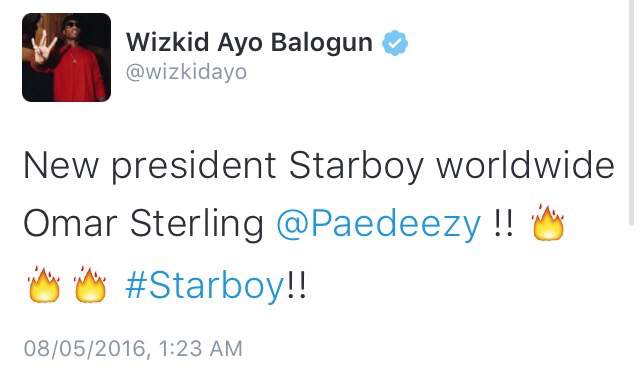 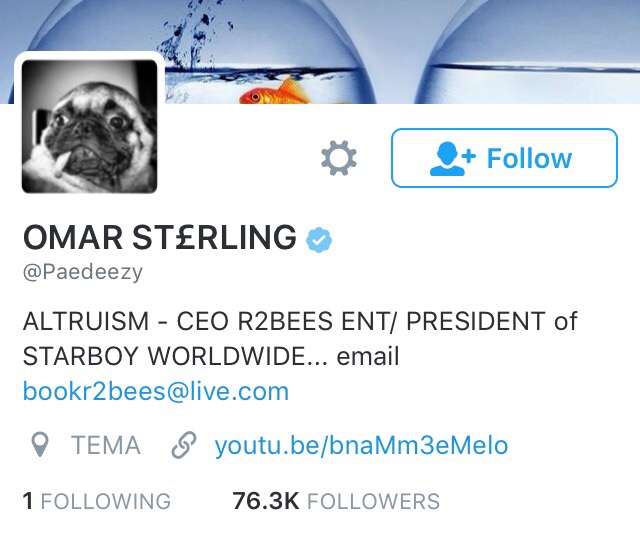