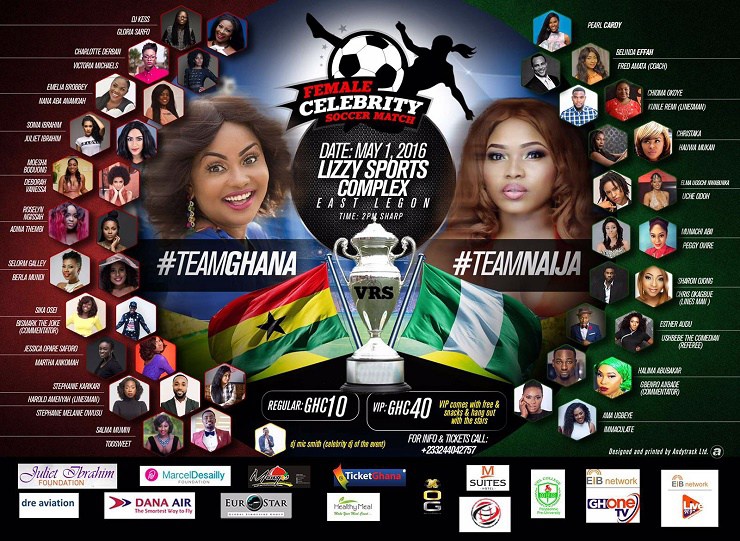 The Lizzy’s Sports Complex at East Legon saw a galaxy of stars on Saturday, the 1st of May 2016 as the Juliet Ibrahim Foundation brought us their annual Female Celebrity Soccer Match. This year’s edition was a charity match aimed at raising funds to support kidney patients, and the match was being played against the female celebrities from Nigeria. Popular actors and actresses, musicians and presenters from both countries were there to support the course. 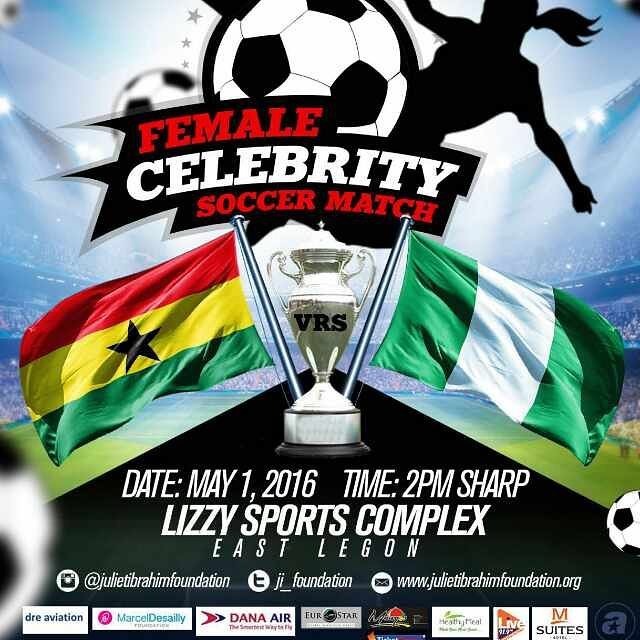 The match started around 3:00pm which was an hour late than scheduled. TooSweet Annan, an actor from Ghana and Gbenro Ajibade from Nigeria refereed the match during the first and second halves respectively. At the commentary position too were Bismark The Joke and Gbenro Ajibade who made spectators laugh throughout the match by passing funny comments on their hairstyles, body shapes and anytime any of the female celebrities made a move. Ofeibea Rams and Van Vicker were the coaches who tactically prepared the Ghana team as popular actor Fred Amata was the head coach of the Nigerian team. 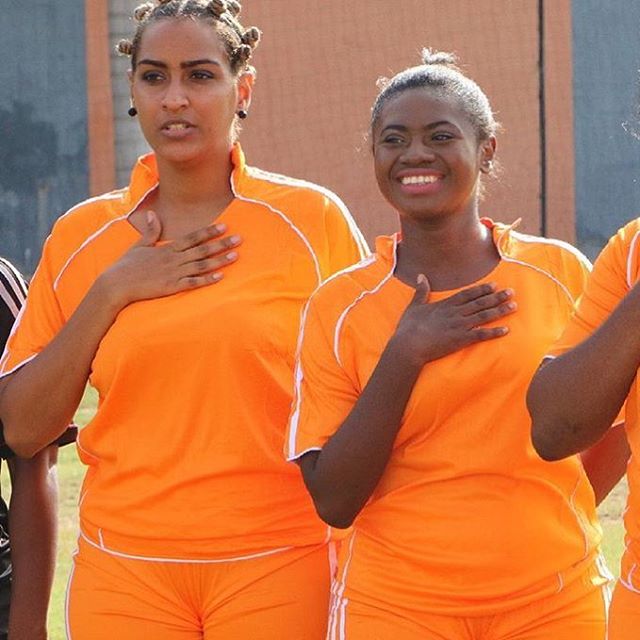 The match started after the anthems of both countries were sang by the songstresses in their teams. Adina Thembi sang the Ghana anthem beautifully and Emma Nyra sang that of the Nigerians then the match began. Actress Nana Ama McBrown and Jessica Opare Saforo played an active role in the striking force of the Ghana team, not forgetting YFM’s Dj Kess. These were the outstanding players who did exceptionally good. Ghana was the first to score in the first half after few spoiled chances. CitiFM’s Radio presenter Jessica dribbled past few Nigerian players and gave Yfm’s DJ Kess a pass and she neatly placed the ball at the back of the net without any mistake. 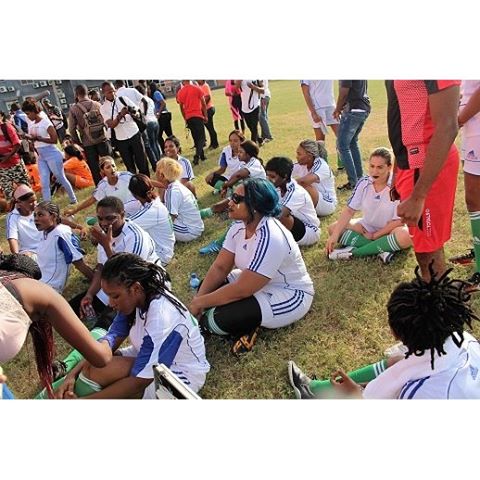 The referee whistled for a halftime break and the players from both teams had to relax and stretch for a while. One of Ghana’s best DJs, Mic Smith from YFM was on the turntables to entertain the fans and spectators as they waited for the second half to commence. The coaches from both team took the opportunity to re-visit their tactical sheets and advice their players on how to score their opponents and win the match. 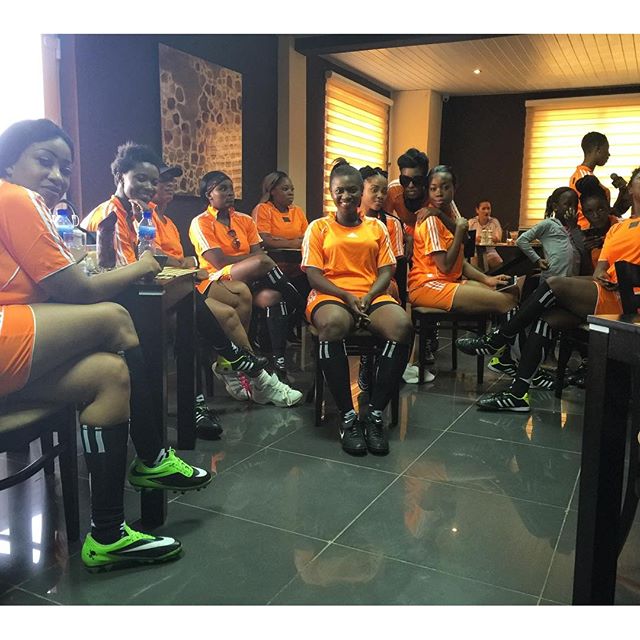 The second half started with a different level of energy as the Nigerian team were down by a goal to nil and were eager to equalize and level up against their Ghanaian counterparts. Then came the moment of silence when they had a free-kick few meters away from the Ghanaian goal post. Belinda Effah who was keeping the post for Nigeria kicked the ball way above the bar which got her teammates very furious. Then the match came to a stand still for some minutes because there was confusion as to whether she missed the kick on purpose or not since she is not fully Nigerian. 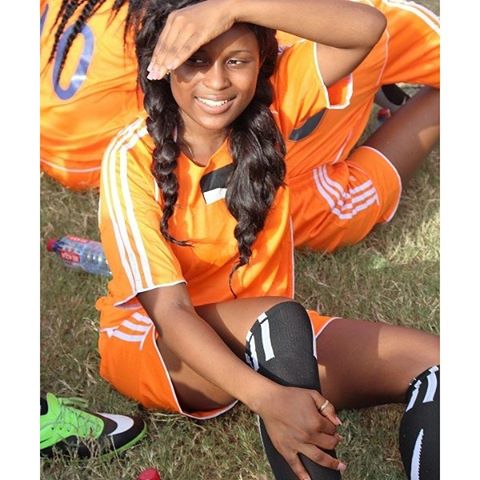 Gloria Safo, Charlotte Derban and Berla Mundi contributed massively in the midfield especially in the second half when they were defending their lone goal. Martha Ankomah and Adina Thembi had minor injuries and had to be taken off and replaced by substitutes. Roselyn Ngissah surprised fans with a few attacking strikes and a
wonderful performance after she was brought on as a substitute. 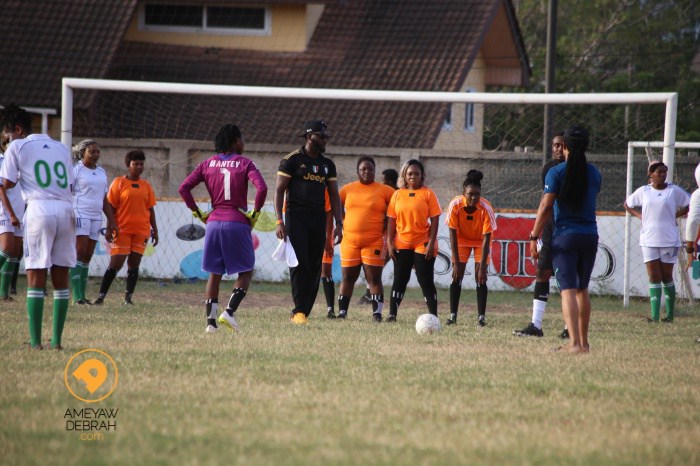 After numerous substitutions by the Nigerian side, they managed to equalize the score line as the songstress Emma Nyra assisted the Ghanaian-based Nigerian presenter Christy Ukata aka ChrisKata to pull one back and register Nigeria on the score board. This was after Moesha Boudong had defended and cleared most chances that the
Nigerian had, preventing them to score earlier. 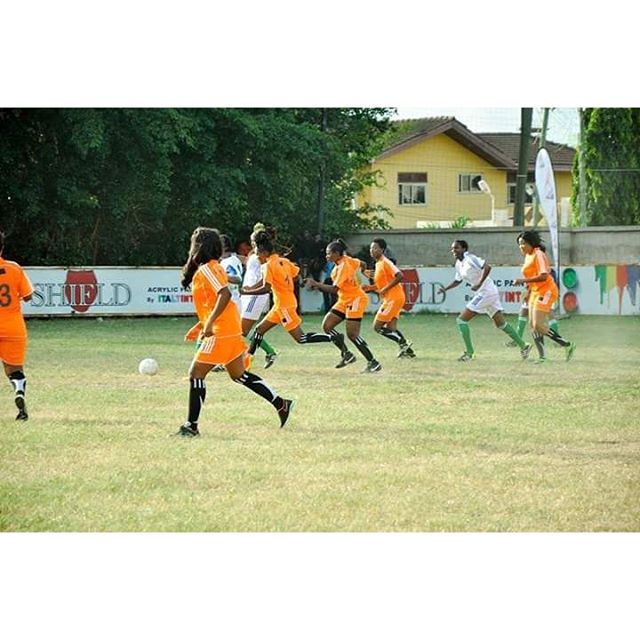 It ended 1:1 after about 60 minutes of entertaining football. Celebrity and Entertainment bloggers were to take pictures and TV stations were also there to take video coverage. The likes of Benny Blanco, Prince David Osei, Harry Bentil, Luckie Lawson, Pascaline Edwards, Halima Abubakar and Van Vicker among others attended the event.
Mr. Eazi performed after the full game had come to an end. Praye and Jupitar came to pass through. fans interacted with their favourite celebrites by taking Selfies and pictures on the field till they left. It was really a fun-filled day, and we are hopeful it will be more fun and better next year looking at the great attendance and how successful it was this year.

KuulPeeps.com say kudos to Juliet Ibrahim and her foundation for such a great concept. 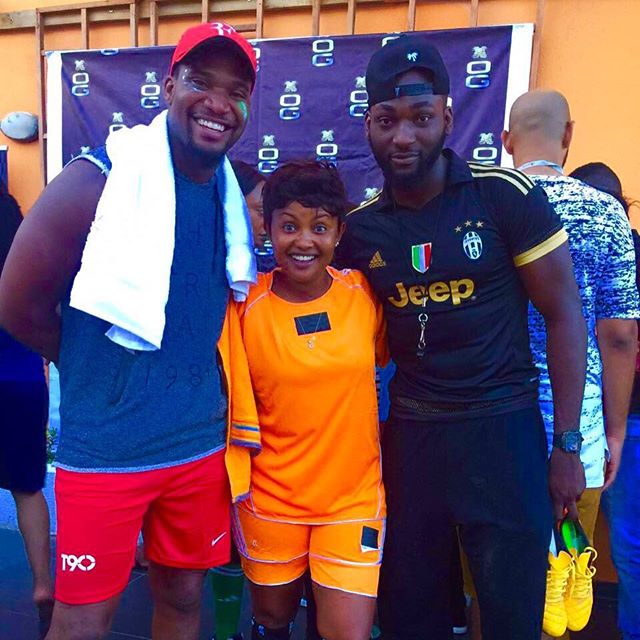 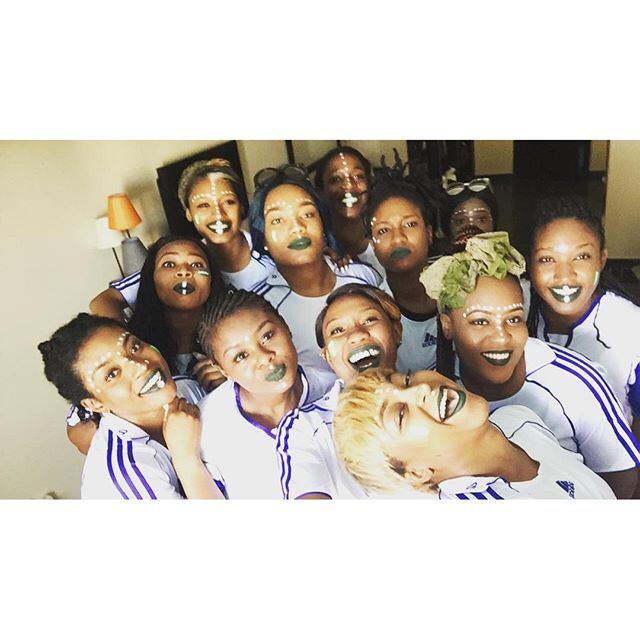 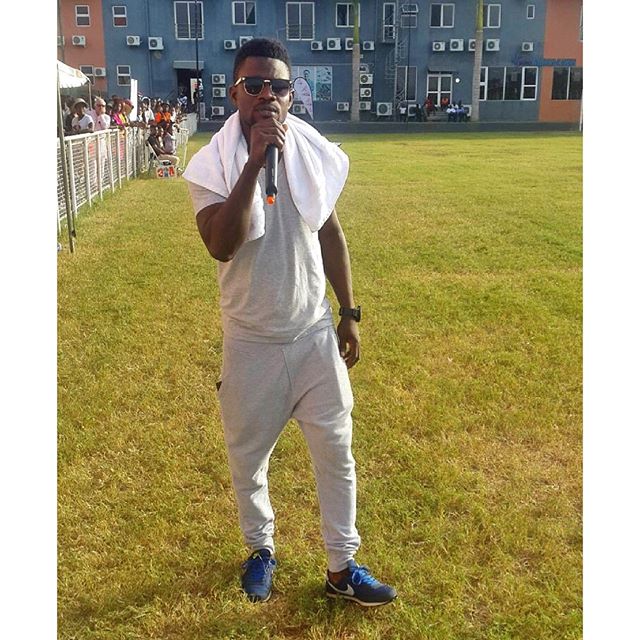 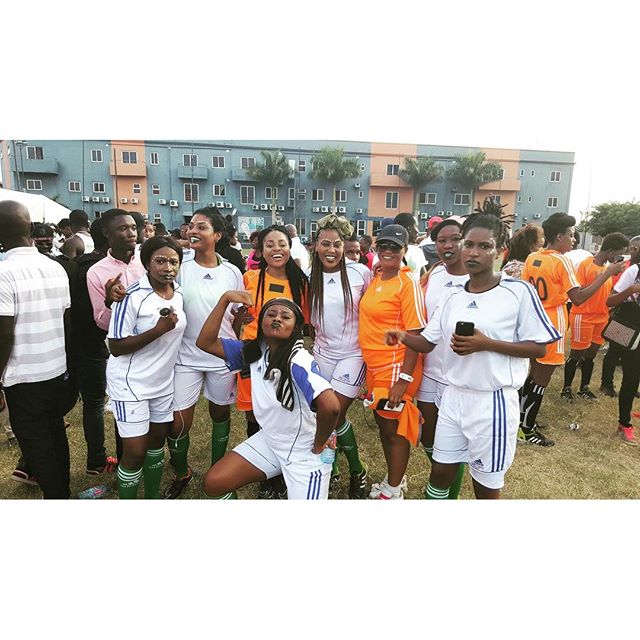 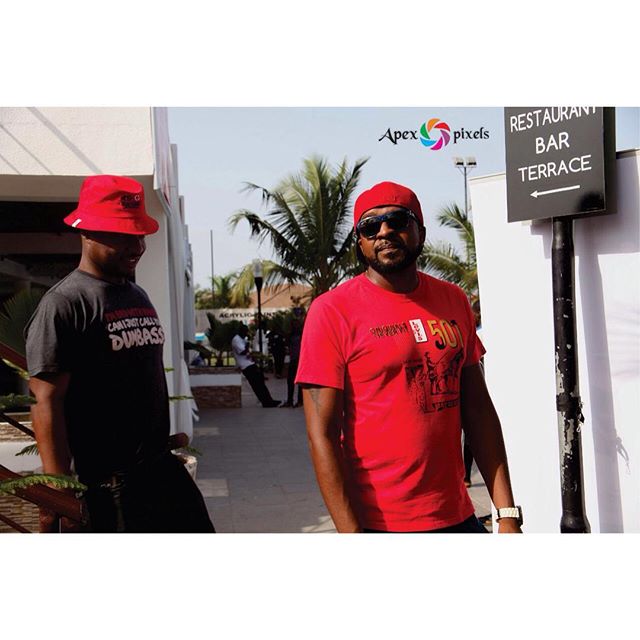 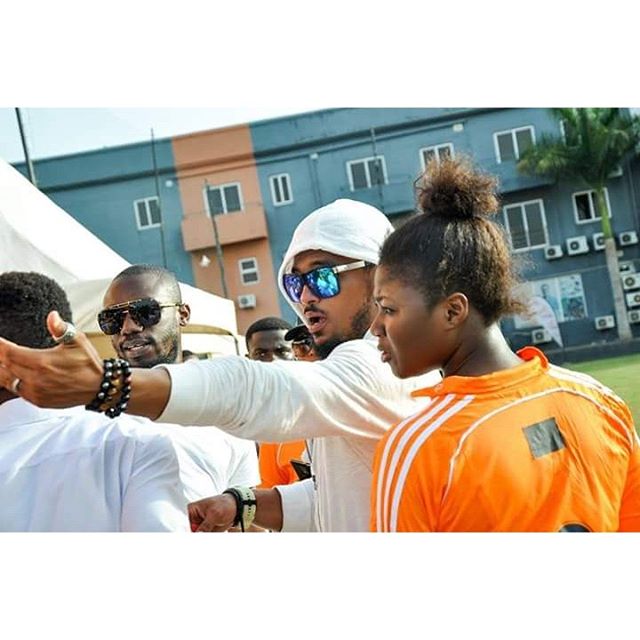 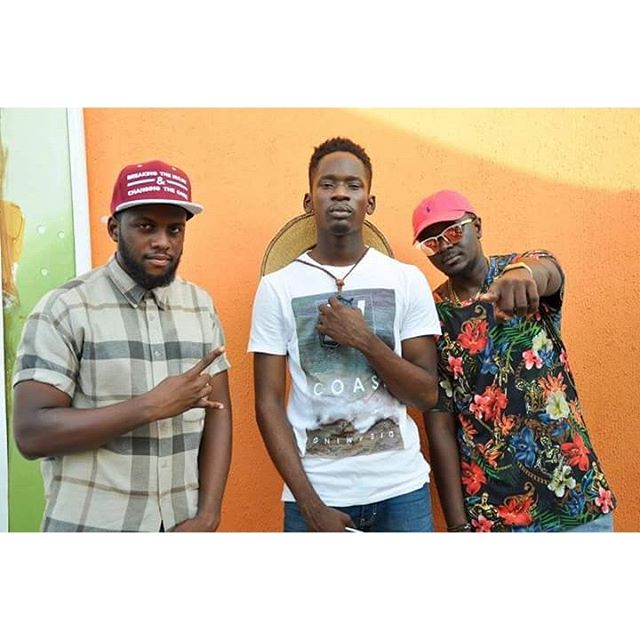